How Africa Can Claim the 21st Century 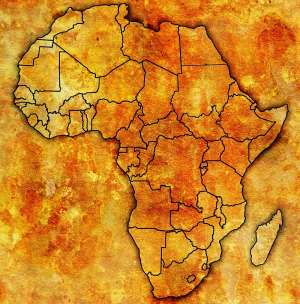 Brief
The Africa Centre of Excellence in Innovative and Transformative STEM Education (ACEITSE) of the Lagos State University has resorted to training its students through online models following the COVID 19 pandemic. The centre, is an initiative of the World Bank, co-funded by the Bank and Agence Francaise de Developpement. The Association of African Universities is the Regional Facilitation Unit while the National Universities Commission of Nigeria is the coordinating Unit for the centre. In 2019, Lagos State University was approved to host the centre, which is among the World Bank centres of excellence in 12 West and Central African countries. Within the period 21th to 25th April 2020, different academics have suggested how Africa can claim the 21st century.

Positions of African academic on winning the 21st century

Claiming the 21st century by Africa will entail being original in drawing up research instruments that will lead to gathering African - specific research data for the continent. In a lecture to graduate students of the Lagos State University (ACEITSE) as part of the online programme to fill the gap of the COVIP 19 lockdown, Dr. Michael Ahove of the Lagos State University encouraged teaching, learning and research in African universities to be Africa centred. He argues that, it is the surest way to gaining understanding of the continent and solving its developmental challenges. He suggest this can start with Afrocentric questionnaire designs for all research conducted by Africans. His idea of the Afrocentric questionnaire, draws from the culture and contexts of the African environment in soliciting data for research; an opinion that takes roots from the Culturo-Techno-Conceptual Approach invented by Professor Peter Okebukola - a core course for all doctorants on the LASU ACEITSE programme.

In a separate lecture, Professor Idowu Olaynka suggests that, for Africa to claim the 21st century, Africa must back everything African with scientific proofs. He argues that, it is not enough for instance to suspect there is always a supernatural cause for the death of the elderly while scientific measures like autopsies avail. Professor Rasheed Sanni’s opinion did not depart from those of Dr. Michael Ahove. He agrees that Afrocentric questionnaires would inure to the good of the continent. Professor Jomo Mutegi in another lecture puts it differently “we need completely self-determination ………. the ability to live with nobody holding anything over you”.

Although a cursory scan of the news media reports challenges of online training across the continent on the wheels of the COVID 19 pandemic, the Lagos State University (ACEITSE) has been an exception to the trend. Attracting large support from the African diaspora academic community, the university has been able to line up a number of experts from different fields of study to compliment the efforts of home grown staff. Amongst these diaspora experts are Olusola Adesope, a Boeing Distinguished Professor of STEM Education at Washington State University-Pullman, Professor Femi Jaiyeola of the Washington State University, and Professor Jomo W. Mutegi an Associate Professor of science education at Indiana University Purdue University Indianapolis. Others are Dr. Gallard Alejandro of the Georgia Southern University and Bill Kyle a E. Desmond Lee Family Professor of Science Education at the University of Missouri (both friends of the continent). Two of the diasporans, Professor Adesope and Professor Jomo have started with their interactions with students - engagements that promise to be more educating in coming weeks. In his first online lecture, Adesope encouraged students to tailor the knowledge gained to solving African problems while Professor Jomo, agreed that, Africa’s challenges are not isolated – with collective efforts, Africa can be the continent of the future.

Other beneficiaries of the training
Within the framework of this diaspora support is a local partnership which is witnessing the doctoral students of the University of Burundi taking part in this training. Largely drawn from Burundi, Nigeria, Congo and Ghana, this would be the second time such an academic partnership is enhanced under the leadership of Professor Peter Okebukola and Professor Juma Shabani.

The establishment of the University of Burundi doctoral school is part of the implementation process of the "Bachelor-Master-Doctorate" (BMD) reform adopted by the Government of Burundi from the 2011-2012 academic year. The University of Burundi doctoral school was officially opened on 20 July 2017, following the accreditation of the school and its programmes by the National Commission for Higher Education in February 2017.

Conclusion
To truly own the 21st century, there is the need for a complete reorientation of the African educational curriculum to reflect Africa’s needs and aspirations. This would not be achieved through political statements. It would be a conscious effort by all stakeholders with the bulging youth constituting over 65% of the continents population (AU) taking the lead in self-determination, Afrocentric pride and promoting the dignity of the black race.

Further, the quest for Africa’s development in the educational sector is a shared responsibility of Africans at home and abroad. To achieve the aspirations of the African Union’s Continental Education Strategy for Africa, the role of the African diaspora is crucial. In line with this, the initiative of the LASU ACEITSE in attracting Afro diaspora academics and sharing their expertise with the University of Burundi is commendable and worth replicating by other institutions. It is worth inviting African academics abroad, to take up similar initiatives and invitations for sabbaticals, online adjunct lectureship, joint research and related academic activities to encourage cross fertilisation of knowledge for the mutual benefits of the globe.

'Breaking the 8': Party needs fresh executives in Ashanti re...
56 minutes ago