Branded Cloth For National Service Personnel At Ghs 50: A Misplaced Priority And Extortion 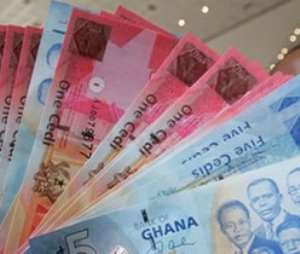 I am in the absolute vilest of moods. I hate it when leaders take advantage of the people.

Having listened to the views held by a section of the service personnel, I am duty bound to bring them out for further public dissection, scrutiny and valuation. I do not cherish being in the limelight for any reason at this crucial moment that I need more time to myself to deal with personal issues in this self-quarantine period, let alone, expressing apparently opposing or controversial views. However, I cannot just let it pass without comment. The NASPA executive decision deem obnoxiously unhelpful to the voice of dissent. Many are those who've expressed their distaste to the decision. However, the executives, either in aspiration to attain their hidden parochial interests and agenda, or out of sheer ignorance, are doting on the belief that branded cloth is what will make the Service Personnel happy after the service. Disregarding all what is necessary.

One major factor holding Ghana back, in my opinion, is misplaced priorities. So the executive want us to applaud them for such decision? A sad illustration of misplaced priorities. They should be reminded what matters: leading a campaign for employment of the Personnel after the service and keeping the pressure on.

The cloth is imposed on the service personnel who are almost done with the mandatory service, and the money deducted from the personnel allowances. This deduction is unlawful, unfair, fraudulent and illegal with intention to steal from us our national service allowance since such deduction is not grounded in any law or constitution or Act and for that reason, it is a deliberate act of extorting monies and robbing innocent and poor national service personnel who are struggling to survive under the high cost of living in this country, which is subject to criminal offence under section 124 of the Criminal Offences Act, 1960 (ACT 29).

In transactional leadership, autocratic traits are present as the decision of the leader is final. This is the exact illustration being exhibited here. But we refuse to be under Autocracy. Not from our own colleagues who are not better or wiser than the majority in anyway!

The NASPA executives by-force cloth for the personnel who have expressed dislike for the idea is a clear illustration of leadership gone wrong. The executives are not representing the interest of the Personnel with this imposition of cloth, and are creating a bad example for those who would follow them.

The future is not bright! The Association was set with a clear objective towards the welfare of Service Personnel. A compulsory branded cloth for Ghs 50 for two yards ( Ghs 30 or lower) at market price, is not WELFARE!

The writer is a Teaching and Research Assistant at the Department of Accounting and Finance, KNUST School of Business.