Coronavirus And The Fierce Urgency To Spiritualise Medical Science 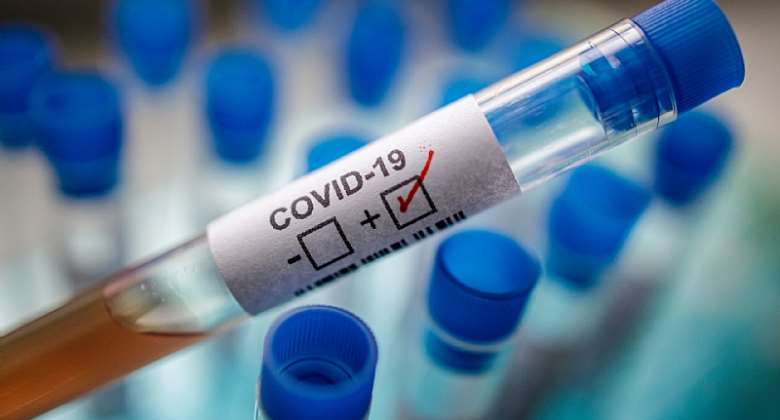 Whoever thought it will take coronavirus to send panic and fear throughout the human kingdom on earth? As egoistic and selfish as the ‘modern’ world has become, scorn and scoff was hurled at China when it began. Now that the whole world has been steamed by the coronavirus, scientists are intelligently working hard to find a remedy. The antidote as usual will be to develop a vaccine which amounts to treating the COVID-19 symptoms but not to uproot the origin of the virus.

The scholastic world is divided regarding what is a virus and its origin. According to medical science, viruses are wide variety of exceedingly small particles that cause different diseases. They occupy the borderline between living and nonliving things. Many scholars hold the view that they contain protein, nucleic acid and genes which give them the ability to mutate and evolve. They show no lifelike activity, unless they are introduced into a living cell. They do not have cells that divide but once inside a cell, they change the cell's chemistry to make copies of themselves.

On the origin of virus, scientists often explain by ‘tracing’ it to animals and plants. Yet the question remains unanswered; how did the first virus originate in animals and plants? What immune system do they have such that they survive the virus and transmit it to humans? Why is it that despite the pride of ‘modern’ technology it is only the small pox virus that has been ‘successfully’ tackled all these years? Why is it that ‘modern’ science is always playing catch-up with new strains of diseases? Is it not about time to acknowledge that there are things beyond the comprehension and laws of science? For example, science recognizes the existence of sound, air, radio waves, etc. but can we see them? Can we see the mind or how the brain is developed in the fetus and what is developing it? The matter is simple; there are visible and invisible parts of the universe.

Whilst science focuses on the effects (visible) of a phenomenon, the causative aspect (invisible) is always spiritual and ought to be investigated. This is where religion comes in handy and true leaders of religious groups should be able to tell humanity what and how a virus is caused. The admission of science that a virus occupies the borderline between living and non-living things and that it shows no life-like activity unless it is introduced into a living cell is an indication that the origin is not physical.

When religion held sway in the olden days, it bound art and science foot and hand. It almost held back human progress by dousing the light of knowledge; giving reckless and nonsensical explanations to many physical phenomena. It is for a good course that science broke away from religion during the renaissance. The danger now is that science has become over-assuming and at the verge of robbing humanity of its spiritual identity.

It has always be mentioned by the true spiritualists (not mundane religious leaders) that the whole universe is the body of an Invisible Energy and humanity is part of creation having spirit, body, mind and soul. All physical things (as individualized as they are) are part of the manifestation of the negative pole of the Invisible Energy. Humanity exists among a myriad of other intelligence and forces which are unseen to the ‘blind’ as most people are. Our thoughts, words and deeds attract these forces because of the light and pulse that we generate. Our individual or collective good deeds will bring to us blessings but our evil ways will bring to us anguish and pain. What are the wrong ways of humanity? Examples include, eating unnatural food, gluttony, lack of fresh air and appropriate level of sunshine, lack of cleanliness, lack of exercise, lack of rest and sleep, lack of self-control, harboring thoughts of anger, hatred, and resentment, yielding to hasty temper, gratifying low desires including the use of intoxicants, and harming fellow creatures, whether human or animal.

It is like humanity has gone astray and in effect, attracted an invisible negative force which has been given physical manifestation as coronavirus. This invisible force is sweeping clean the world’s stables of egoism, selfishness, wickedness, pride and unrestrained materiality. Perhaps we will learn painful lessons from the coronavirus, repent, reform and make restitution. Humanity must find itself; amend its ways and open a new page. But are we ready? Just look at some of the coronavirus mitigating measures being adopted by countries - ‘Borders are closed, non-residents are not welcomed’. The energy of the coronavirus knows no boundaries. Let us not forget that there is only one earth planet and one life-wave of humanoids.

A physical solution will be found at the end but by that time so much would have been lost. The prudent decision that leaders should take at this time is a ‘shut-down, stay at home’ policy. It is not time for some beating-about-the-bush freedom of movement or financial market arguments. Extra-ordinary times require extraordinary measures. Serious prayers and fasting must be done at the national and individual levels. It is most important for the individual to bolster his/her physical body and spiritual vibrations. The United Nations must begin to bring spiritual matters into its considerations. More seriously, humanity should consider expanding the frontiers of science beyond materiality and religious leaders must transform to true spiritualists. They must not remain ‘blind’ leaders of the masses who cannot find the cause or explain spiritual reasons for physical manifestations. It is when you know the cause that you can eradicate a virus or cancer, otherwise treat the symptoms. That is however, a temporary solution because with time, the unseen force will adapt and a new strain of diseases will emerge.