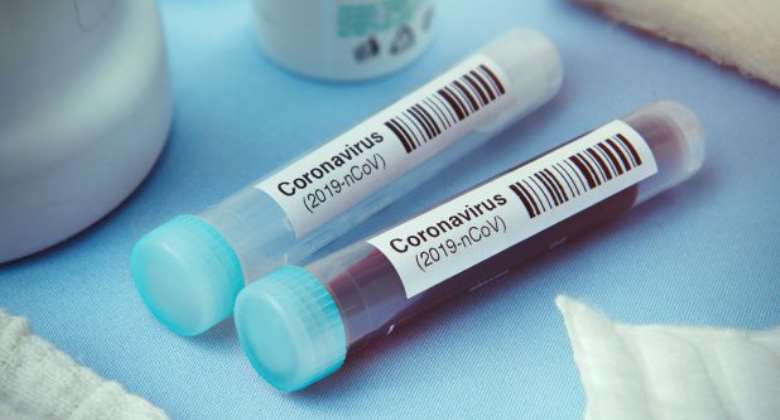 Fellow Ghanaians, the President, HE Nana Addo Dankwa Akufo Addo, is one of the few celebrated lawyers the country can boast of today. Even though there are some of his political traducers, and detractors who hold the view he's a "lawless lawyer" because of his organization, participation, and leadership of the infamous "Kumi Preko" uprisings and chaos that our recent political history refuses to ignore.

To some larger extent, one can't disagree with this school of thought because mostly, vendors of a particular food hardly eat that food they sell to the general public. That is, you find "Abetie" sellers often going for different foods say, "Fufuo", and the "Fufuo" vendors often also go for Jollof and chicken or something else to eat and not what they are selling. This trend of events is not hard to interpret and understand. Most often than not, food vendors of a particular food are discouraged eating their own food because, usually, the foods are not prepared with all ethical principles and standards observed. For, instance, some food sellers may not use clean water to cook the meal. So, knowing the content of what they put on the table to sell to consumers, they themselves don't eat it.

But, perhaps, it could also be that such food vendors are fed-up of their own products because of too much aroma of the food they are usually exposed to.

Therefore, the President being a lawyer and yet detests basic fundamentals of the law, must not surprise anybody. Of course, he often quotes the law in some of his arguments and speeches to convince Ghanaians. But as we know, the law has two parts: there's the word of the law and the spirit of the law that every legal practitioner is aware of. That, in some situations, the word of the law may not really matter but its spirit.

Apparently, the Corona Virus has been declared to be pandemic and endemic globally by the World Health Organization, WHO. Countries have been responding to the threats the deadly disease posts to them with all weapons they lay hands on. And before now, many countries have declared state of emergency to help contain this medical canker. That's why football funs are not allowed into stadia to watch live football matches.

However, in Ghana, because of the fear of losing an "economic fortune" gained by government, no serious decision on how to contain the virus has been reached yet. The President in his latest address to Ghanaians about the conundrum, said government has dished out a hundred million dollars equivalent in cedis to make preparations to declare the Virus a persona non grata in Ghana.

As a lawyer, the President should have made good use of his most familiar and friendly weapon first (the law) before seeking the assistance of the Vice President and the Minister in charge of the national treasury (Finance).

Article 31 Clause 1 gives the President the power to declare and call for a state of emergency. And with your indulgence let me quote: "The President may, acting in accordance with the advice of the Council of State, by Proclamation published in the Gazette, declare that a state of emergency exists in Ghana or in any part of Ghana for the purposes of the provisions of this Constitution."

What shall call for a declaration of state of emergency?

Clause 9 of the same Article (31) reads: "The circumstances under which a state of emergency may be declared under this article include a *natural disaster* and any situation in which any action is taken or is immediately threatened to be taken by any person or body of persons which" -

(a) is calculated or likely to deprive the community of the essentials of life; or

(b) renders necessary the taking of measures which are required for securing the public safety, the defense of Ghana and the maintenance of public order and of supplies and services essential to the life of the community.

Fellow Ghanaians, what's President Akufo waiting for? Or the President does not find anything naturally disastrous about the Corona Virus? Why is Mr. President reluctant to rescue the citizens of Ghana with the law? Is there any motivation behind this funeral if not cemetery silence of the law being allowed to take its course as the President always says?

Indeed, he who excessively and obsessively fears for his life, our elders say, is likely to be killed by a falling leaf. That is, people who are quick to flee for their lives in the face of danger, often get harmed the most.

Methinks this is not the moment to implement this assertion of our elders. President Akufo Addo must allow the law to naturally take its course.

It's important to note, that these countries which are embarking upon preemptive measures against the virus, have the most effective scientific, sophisticated, and technological environment to contain such a natural disaster as the virus. If we "play the virus cool" and the worse case scenario happens, who would bury the other in this country?

By now, I suggested humbly, government should of made available the items needed as part of taking precautions to counter the menace such as nose masks, the hand sanitizers, and screening check points should have been organized at various vantage points throughout the country out of the 100 million dollars released by government to prevent the virus from spreading.

So far, it is beginning to look as if the President had done to Ghanaians what he is good at and did do to them in the run-up to the 2016 general election (lip service and deception).

I think it would be a diplomatic and executive anathema on the part of political authorities to watch, hands akimbo, the rest of the world devising measures to counter the menace when what President Akufo Addo can offer now is a mere statement.

In fact, that would amount to "odium generis humani".

Yesterday, a friend said his returning friend to Ghana from UK, was not screened at the airport. They only gave him a form to fill with nonsense like: "Are you coughing?" "Do you find it difficult to breathe?" etc. If this story is true, eii! then we are dead!

Because, so far, all reported cases of the virus in various Sub Saharan countries, have been "imported". It would therefore be a gross logical mistake and plain lunacy for government to announce such a huge sum of money being allocated to the prevention and eradication of the virus, and only to have immigrants into the country go through this nonsense without proper screening.

The fear is that, one does not require any certificate in medicine to note that failure to curtail citizens' movements with proper screening would make the pandemic virus more disastrous in Ghana than fake drugs! As every Tom, Dick and Hury is aware, the symptoms are not noticeable in the beginning unless one-to-two weeks later. That means, an infected person could have infested majority of other people before he or she is diagnosed with the virus and quarantined. Those infected by this person would have also spread the virus further unknowingly.

So, the disease is capable of infecting more than half of the over thirty million Ghanaians if measures are not put in place to avoid it.

As a result, gatherings of any kind must not be entertained. Religious, political, social, economic, and all forms of groupings must be halted for now until further notice.

The most unnecessary of all these groupings but had the proclivity to spreading the virus the most, is the ongoing Ghana Card mass registration exercise. It must be suspended at the drop of a hat and with immediate effect. And I would tell you why.

It is an open secret that, every gathering in this country that has a connection with election, enjoys a significant patronage and participation by foreign nationals. We have had allegations made about Togolese "occupying" our Voters Register. That means, if the exercise continues, not only Ghanaians alone would help spread this Virus in Ghana, infected foreigners are going to make our case worst.

Before I am accused of being alarmist, let me remind fellow Ghanaians about what Mr. Mac Manu who represented the New Patriotic Party in the 2015 Voter's Register Forum, said in 2015. In his submission, Mr. Mac Manu admitted and proved beyond reasonable doubt, that foreigners really patronize and participate in our elections. And according to him, using a Facial Recognition Technology, the NPP's investigative team established over 76,286 Togolese were found in Ghana's Voters Register.

For all we know, the foreigners are part of this current Ghana Card registration exercise which is currently ongoing in the Eastern Region.

Whatever precautionary measures government may take to aid curb the virus is not necessary if government wants to allow the exercise continues. The wise man fixes problems, the wisest avoids them.

Let the government avoid the spread of Corona Virus in Ghana, by shutting down our borders, and declaring state of emergency. Government must suspend all avoidable gatherings.

Let everything come to a "standstill" for now.
May God have mercy on humanity and cure us of this dangerous malignant.