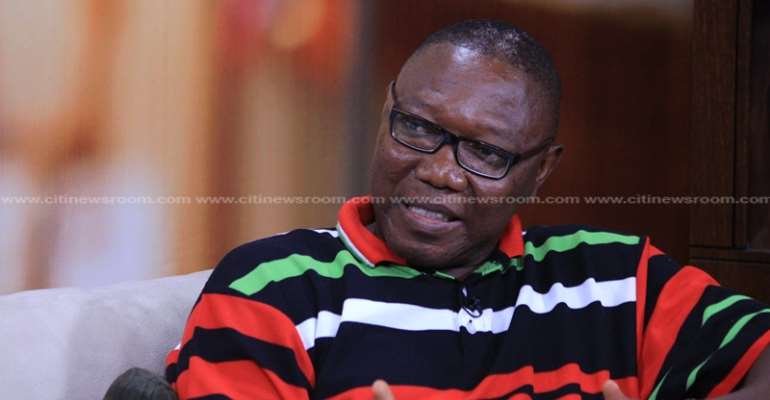 I write in response to the Minister for Special Development Initiative, Hon Hawa Koomson.

I want to unequivocally state that Builsa (The honourable Dr Clement Abasinab Apaak's constituency) has no dam under the government's 1V1D that has meaningful water in it.

I will like to categorically state that, the general public should disregard the comments made by the sector minister and treat it and its content as false and fabrication. It has no iota of truth in it.

The hon Hawa Koomson should go by her earlier statement that, 256 000 cedis is woefully inadequate to construct meaningful dams.

On page 64, chapter 5 of the NPP 2016 manifesto they promised to provide small earth dams for irrigation during the dry season and so far as I'm concerned, none of their dugouts contained any water for its intended purpose.

I want to put it in the records that the Naadema dugout has dried up, the Gbedema dugout is also about drying up.

For the three years of the NPP government, no single useful dam has been constructed by them in the Builsa South constituency.

It is only the Logvogsa dam which is is not under their one village one dam, that one is an old Dam that was desilted not quite long ago.

The office of the honourable member of Parliament was contacted for financial assistance in connection with the desilting of this same dam by the Logvogsa development youth association.

The dam used to have water all year round.

If the minister for Special Development Initiative, indicates that, the honourable Dr Clement Apaak should be contacted on the state of the dugouts in Builsa, I Samari wish to state it clear that, their dugouts are only seasonal ponds and are nothing but complete land degradation. Why can't the ministry of Special Development Initiative prove to Ghanaians that they have constructed nothing but seasonal ponds?

The Ministry of Special Development Initiative should tell Ghanaians that, the contractors are not at the site of the so-called yet to be completed ones.

The Nana Addo led government has performed abysmally and has nothing again to offer Ghanaians than lies and fabrications.

The minister and her ministry should have been ashamed of totally failing Ghanaians.

Were the dams meant to hold water only during raining seasons?

What are the impacts and state of their so-called completed dams?

I want to conclude by saying there is no useful dam under their current 1V1D in the Builsa South constituency.

I remain a citizen.