Celebration Of Independence Day With Grand Durbars And Funfair; A Much Ado Nothing. 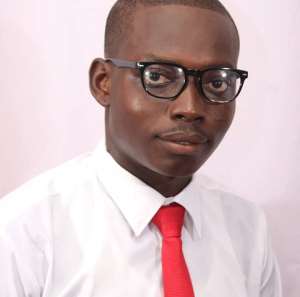 On this day sixty three years ago, Ghana the first in Sub Saharan Africa gained her independence from colonial. Thus, Ghana your beloved country is free forever as acclaimed by the Osagyefo on that momentous day.

Sixty three (63) years down the line, so many questions beg for answers. Are we indeed free? Is the black man capable of managing his own affairs? Those are for another day.

Back to the substantive issue for today, consistently for sixty three (63) years, with exception to the pockets of military regimes that chipped in here and there, Ghana has been marking her independence day with grand durbars, a lot of funfair and overly hyped achievements.

Inasmuch as I like the idea of rotating the independence day celebration. Especially as it aligns with the principles of decentralization enshrined in Chapter 20 of the 1992 Constitution, it’s reasonable and fair to rotate the celebration.

The rotation also awakens the nationalistic feelings and sense of belongingness in many people. This can translate into patriotism for the benefit of the nation.

The above notwithstanding, is the use of state's meagre resources to organize this funfair on a yearly basis worth its salt at all? What are we celebrating? Freedom without development?

In my opinion, I'm strongly of the view that independence day celebration in the manner it's currently done, is smack in our faces. We can't continue to tickle ourselves and laugh. In effect, we don't have anything to celebrate. After all, when the lizard of the homestead does things not known of its kind, it will be mistaken for the one in the bush.

Am I opposed to the celebration of independence day? No. I'm only against the style we have chosen. Instead wasting state's meagre resources on repeatedly celebrating freedom which we gained six decades ago and mediocrity after independence; why can't independence day be an avenue to raise funds to pursue projects dear to the forward movement of the nation? Why can't we come out and engage in a clean up exercise to rid our streets of the rubbish that engulf us? At least that can help realize the president's wishful thinking of making Accra the cleanest city in Africa.

Let's emulate Tanzania's Pombe Magufuli's steps of cancelling their independence day because a few people had cholera. Let's one day also say because of the carnage on our roads or because students sit under trees and on stones or even the bare floor to study, we will cancel independence day celebration and instead, channel resources to tackle one of those problems.

Let those who have ears that listen and hearts that love Ghana listen. Happy birthday, my Ghana, your Ghana, our Ghana. May God bless Ghana and make her not only great and strong but also make us set our priorities right. I love Ghana.