Seeing beyond today is our only way out of our problems 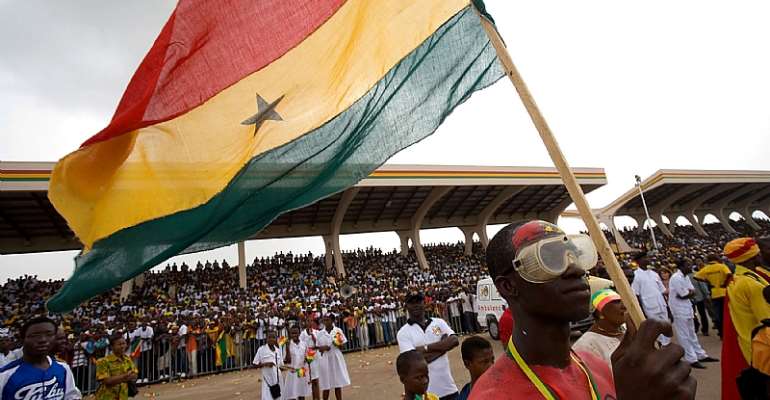 Some thoughts have been gaining prominence among most of my peers. Most think the black race is forever doomed and our place as the least developed people on the planet is deserved. “It is our destiny,” some say.

One friend epitomized the situation by saying, he will “gleefully enter the gate of no return” if such a gate is offered once again in time. But no matter how hopeless the situation maybe, we must not give up.

Regardless of how careless generations before us have been, perpetuating the mistakes of our forebears further bury us and those who come after us.

However, the astonishing difference between the two groups as figured out by Christopher Chancellor in his great book, The Destruction of Black Civilization, shows that; whereas one group labours very hard to secure the destiny of its unborn, the other cares less about generations ahead.

What then can be achieved if the one to hand the baton is not thinking about the finish line and is beyond believe, stuck in the now?

The only period in our modern history whereas a group we have fought for the destinies of our unborn was during the struggle for independence. The efforts of market women, fishermen, farmers and the intelligentsia, altogether forced imperial Britain to relinquish its political hold on us. Even so, I think our independence was only handed to us because the imperialists saw it beneficial than going to war.

But, even in that crucial time in our history, one faction was caught up in the now. Ironically, the sect that was clamouring for “Now” was infused with tomorrow while those screaming for the “Shortest Possible Time” were doing so because of their business interests.

According to William Blum, in his book Killing Hope, our people were further used to alter the course of the destinies of the unborn through the rifle, when Kwame Nkrumah attempted to lessen Ghana’s “dependence on the West” while “strengthening economic and military ties to the Soviet Union, China and East Germany,”

The American anti-establishment and historian, Blum indicated further that Nkrumah “sealed his fate” when he published Neo-Colonialism-—The Last Stage of Imperialism in October 1965; “The United States wanted him out. Great Britain… wanted him out. France and West Germany wanted him out.”

Nine months before Nkrumah was overthrown there were 7 successful coup d’états in Africa. Were all of those coups internally generated as General Ankrah would like us to believe? Why did repressive regimes all over Africa rule for decades, whereas the life of governments that were pushing for the economic liberation of their people snuffed out?

I think they were efforts to secure the wellbeing of the unborn of those who think the colour of the skin must be used to measure the worth of being human.

Our attitude of paying little attention to the future has swam through time and has grown worse. As Western countries and even the Eastern bloc are supporting Transnational Companies to invade our economies and our minds, we are still destroying our own because of myopic thinking.

It is high time, we realise the fight is not among us but it is above us.

The mere fact that a continent, bedeviled with poverty, unemployment and mind boggling inequality is adhering blindingly to capitalist notions is incomprehensible. Ideas that hinder the growth of the majority on the continent cannot be in favour of their aspirations of self-determination.

But the people who must resist what is been sold by the current flock of pawns, who want to ride the horse in front of the horde forever, have rather been crippled by fear and cannot see beyond today.

To remedy this endemic problem of us being stuck in the now, we must encourage the attribute of collective long-suffering and learn to sacrifice today for tomorrow.

In whatever field we find ourselves, we must strive to raise the bar, not just the Ghanaian or the African bar but the global standard. For, through this, we can become competitive. More importantly we must have a strong belief that we are not less endowed mentally.

We must disabuse our minds of the fact that our destinies are unchangeable. Birth and death, are to a large extent, the only predetermined fates. Everything in between can be salvaged no matter how demanding the task.

The liberation of our minds will take us a long way than the celebration of a hoax freedom.

Have a thoughtful Independence week!