Parliamentary And Other Boycotts Since 1992: Are They Truly In National Interest Or Just For Partisan Retaliations? – Episode 1 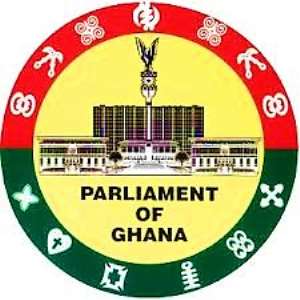 On Thursday, 20th February 2020, President Nana Addo Dankwa Akuffo Addo was in Parliament to give his second State of the Nation Address (SONA) to the House in keeping with Article 67 of Ghana’s Supreme Law- The 1992 Constitution. Article 67 states, “The President shall, at the beginning of each session of Parliament and before a dissolution of Parliament, deliver to Parliament a message on the state of the nation.” As part of Order of Business for each sitting in the House, Order 53 (1c) and 53 (1d) of the Standing Orders of Parliament also make provisions for presidential addresses and presidential messages respectively.

Per constitutional demands within a four-year term in office, SONA is an assignment for the President of Ghana to perform twice before Parliament, which is the body that represents the people in our democratic dispensation.

Parliament of Ghana is a two-sided body comprising the members from the political party in power or political parties in power (in case of a coalition) and the members in the Minority. By electoral convention, it has been the case since 1992 that the party in power is always in the Majority. In view of boycotts and walkouts, some Former Presidents delivered the SONA to a one-sided Parliament as we witnessed last Thursday when MPs in the Minority or National Democratic Congress (NDC) MPs boycotted the SONA through a walkout. President Akuffo Addo went ahead and gave the SONA to only the Majority NPP MPs. It would be recalled that President Mahama also delivered a SONA to a one-side Parliament in the past where only NDC MPs were seated. Upon the strength of article 2 (1) of the Constitution, perhaps we need to alert the Supreme Court to interpret article 67 as stipulated above. Does a true and proper interpretation of article 67 of the Constitution mean that the President should give the SONA to only side of the House or the two sides must be present?

In boycotting the last Thursday’s SONA, the Minority NDC MPs walked out in one file, singing the last stanza of the Ghana National Anthem. They sang repeatedly, “And Help Us To Resist Oppressors’ Rule. With All Our Will, And Might Forevermore” At the same time, the Majority MPs of the governing New Patriotic Party (NPP) were heard hooting at the Minority members saying “away, away, away” while clapping. Under the circumstance, the well-composed President was seen smiling.

The media reported that after the Minority MPs walked out, some of the Majority MPs occupied the Minority seats with Hon. Kennedy Agyepong occupying that of the Minority Leader, Hon. Haruna Iddrisu. One wonders if this act is truly legal. This is because each of the parliamentary seats is owned by a constituency and the constituents had elected only a particular person to occupy that seat for them.

For example, Hon. Samuel Okudzeto Ablakwa’s seat in Parliament is for the people of North Tongu and he is the only person mandated by the people to seat there.

Methinks that any other person who occupies that seat without the prior consent of the people of North Tongu seeks to impose himself as the people’s representative in Parliament and to my mind that should be an illegality. I have heard for example that only the President of Ghana can be driven under the Independence Arch hence any other person who does so declares himself the President of Ghana, which is treasonable. At the other side of the coin, the Minority MPs were sent to Parliament as representatives of their constituents and not all constituents may belong to the party on whose ticket the MPs were elected. Was the last Thursday’s boycott authorized by the constituents of the NDC MPs or only by their political party? If it was sanctioned by their political party, then were they fair to their constituents by not listening to the President on their behalf? The laughable aspect of last Thursday’s NDC boycott of the SONA was that the Majority Leader Hon. Osei Kyei-Mensah-Bonsu alleged that the NDC MPs resurfaced after the walkout for refreshments in the House.

A Boycott And A Walkout Dichotomized

Boycott of parliamentary proceedings and walkouts during such proceedings have become one of the tools used by MPs to protest against national issues or conducts that they disagree with. Whereas such boycotts are deemed democratic and not illegal, most people have questioned its moral and logical foundations and whether or not the constituents the MPs represent in Parliament really have any benefits inuring to them through those boycotts and walkouts.

A boycott is a punitive ban on relations with other bodies, proceedings, cooperation with a policy etc. while a walkout is a sudden angry departure from a gathering, especially as a protest or strike. It is therefore obvious that there may be a boycott of parliamentary proceedings without a walkout. In this case, the MPs who boycott the proceedings may occupy their seats but choose not to participate in proceedings; they will keep mute or they will not show up for proceedings at all. Secondly, the MPs may choose to abandon the proceedings by walking out. In this case, it means boycott and walkout are executed jointly. It is worth reiterating that boycotts of parliamentary proceedings are not occurrences in Ghana alone. They happen in other jurisdictions as well hence they are a global phenomenon in politics.

A Retrospective Analysis of Boycotts And Walkouts In Ghana Since 1992

It is a fact that since the start of the Fourth Republic, only the NPP and the NDC are the political parties that have won the general elections and formed governments. It appears that this trend will continue for a long time to come. Since the first Parliament started siting on 6th January 1993, there have been various walkouts from parliamentary proceedings and boycotts of other national activities as a form of legitimate protestations. I use the table below to go into memory lane to see the various walkouts and boycotts by the two parties aforementioned.

In the next episode (Episode 2), we will do a numerical or statistical analysis of the boycotts to see which of the two political parties (NPP or NDC) boycotted parliamentary proceedings and other state functions more than the other. We will equally discuss whether or not the boycotts and walkouts are in national interest or they are done for partisan purposes. As to whether or not the NDC should participate in debating the last Thursday’s SONA that they did not listen to will also be discussed. We will then make some composite conclusions on the two episodes. Stay tuned.