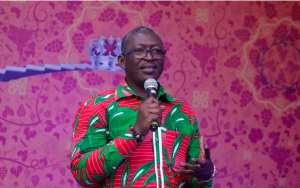 The Greater Accra Poultry Farmers Association (GAPFA) has condemned the importation of salmonella infested gizzard onto the Ghanaian market.

The GAPFA has since 2019, been advocating and campaigning for local poultry consumption, calling on government to assist and empower local poultry farmers to thrive.

The association has as well been strongly appealing to government for a regulated quota system to limit the almost 80 per cent of poultry products imported into Ghana annually.

GAPFA maintains that a well-structured quota system with market availability will encourage local poultry producers to fill the gap and produce enough to feed all citizens.

“If these gizzards were produced locally, it would be easier for the authorities to trace the producers and demand for accountability. It becomes more difficult to trace the culprits of the imported product,” President of GAPFA, Mr. Michael Nyarko Ampem, noted.

Officials of the Ministry of Food and Agriculture (MoFA) have said it has intercepted one 40-footer container of salmonella infested gizzard at the Tema Port, after receiving a tip-off from authorities in Brazil where the gizzard was imported by two Ghanaian food import companies.

The importers, however, were able to clear three of such containers ahead of the officials and had succeeded in getting the products into the market.

Director of Veterinary Services Directorate at MoFA, Dr. Asiedu Baah who confirmed the incidence to the media, said, “Out of the four containers three have been cleared and we did a trace-back and found out that indeed the importers have taken out three containers and sold the unwholesome products to the general public.”

Albeit, the MoFA has filed a complaint to the BNI and it is awaiting sanctions and prosecutions.

Meanwhile, the GAPFA is appealing to government to expedite investigations to bring the culprits to book.

With a membership of about 700 poultry farmers, the GAPFA, established in 1978 was the only poultry farmer association in Ghana with a feed mill.