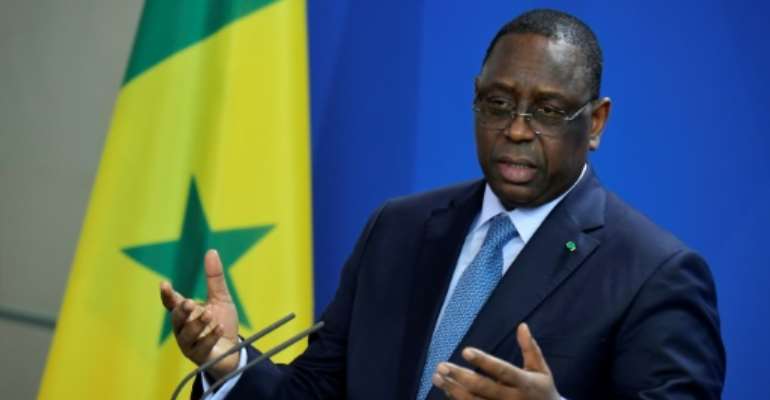 Senegal's President Macky Sall on Wednesday defended his country's ban on same-sex activity, saying during a visit from Canadian Prime Minister Justin Trudeau that it "has nothing to do with" homophobia.

More than half of the countries in sub-Saharan Africa -- 28 out of 49 -- have legislation prohibiting or repressing homosexuality.

Same-sex activity is punishable by up to five years in prison in Senegal.

"This has nothing to with homophobia," Sall told reporters at a press conference in the capital Dakar.

Trudeau -- who is in Senegal after visiting Ethiopia -- said he had "briefly" raised the issue of gay rights with his counterpart.

"I bring up human rights everywhere I go, every time I have an opportunity to meet a leader I talk about Canadian values," Trudeau told reporters.

Senegal has a reputation as a beacon of stability in an often turbulent region, which Trudeau praised, saying that it shares with Canada values such as peace and democracy.

The prime minister nonetheless admitted that "there's always more work to be done."

Sall said gay people are not ostracised in Senegalese society, however, and that every country had its own "metabolism" for change.

"Society will change, it will take the time it takes," he said.

Sall did not respond to a question from a reporter asking how the existence of anti-gay laws did not amount to homophobia.