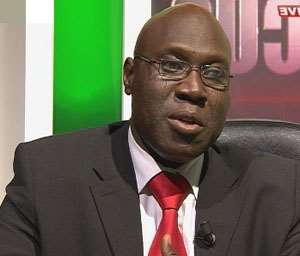 Appearing on the popular local TV3 talking-heads current affairs program titled “The Key Points,” hosted by Ms. Abena Tabi, on Saturday, Feb. 8, 2020, the National Democratic Congress’ Member of Parliament for Tamale-Central Constituency, noted that the purchasing of the three military aircraft captured in the European Airbus SE Scandal was approved by Ghana’s Parliament on March 25, 2015 (See “Airbus Scandal: Inusah Fuseini Makes Interesting Revelations About UN’s Involvement” 3News.com / Ghanaweb.com 2/9/20). What the foregoing means is that those NDC operatives who are hellbent on implicating Mr. Martin ABK Amidu in the signing of the contractual deal for the delivery of the three aircraft, and thus bringing the Independent Special Prosecutor down the drain or the sewer with them, have the naked knuckles of their two hands hitting hard on the rough pavement of abject mendacity.

You see, by March 25, 2015, former Attorney-General and Minister of Justice Martin Amidu, rudely fired from the ministerial cabinet of President John Evans Atta-Mills on January 12, 2012, had been out of government for exactly three years and two months. He was on the unemployment list, as Mr. Amidu is quick to point out with a wistful chuckle. The dastardly attempt to implicate Ghana’s longest-serving Deputy Attorney-General, therefore, strikingly reflects nothing short of the desperate attempt by the key NDC operatives to let themselves off the hook. Indeed, attempting to rope in the United Nations, as Mr. Fuseini, the Ranking Member on the Parliamentary Committee for Constitutional, Legal and Parliamentary Affairs, assayed on the above-referenced program, will not wash. It will not wash because the Serious Fraud High Court in the UK and, I believe, the US court that dealt with the same Airbus SE settlement, have indicated their willingness to share details of the aspects of the scandal that are of primary relevance and economic and legal significance to Ghana’s national interests with the appropriate authorities.

If the United Nations – especially the Peacekeeping Department of the global organization – had any involvement with Ghana’s decision to purchase the three military aircraft at issue, such involvement is certain to have already been captured in the court documents. At any rate, there is absolutely no reason for anybody in Ghana, politician or ordinary citizen, to either believe or suppose that the Office of Ghana’s Independent Special Prosecutor could be better informed on this matter, which also involves some four other Asian nations, namely, Malaysia, Indonesia, Sri Lanka and Taiwan, than the Crown Court and the Washington, DC court which first brought the pretrial settlement with Airbus SE to the global media spotlight.

Jumping the gun or attempting to stampede the Independent Special Prosecutor, a political tack that is characteristic of the roughriding “Boot-for-Boot” operatives of the National Democratic Congress, will not wash. If, indeed, the leaders of the NDC want the Airbus SE Scandal to be speedily resolved as soon as possible, so as to enable Candidate Mahama and the rest of the political hoodlum pack to better prepare for the 2020 general election, then these Woyome-rooting robber-barons had better start singing, and I mean singing sincerely and unreservedly, to Mr. Martin Amidu. It ought to be clear to all Ghanaian citizens and the global community by now that somebody or a group of individuals illegally and criminally profited, privately, for conducting his/her/their well-salaried job of protecting the economic interests of the Ghanaian people. And these criminals must be promptly brought to book.