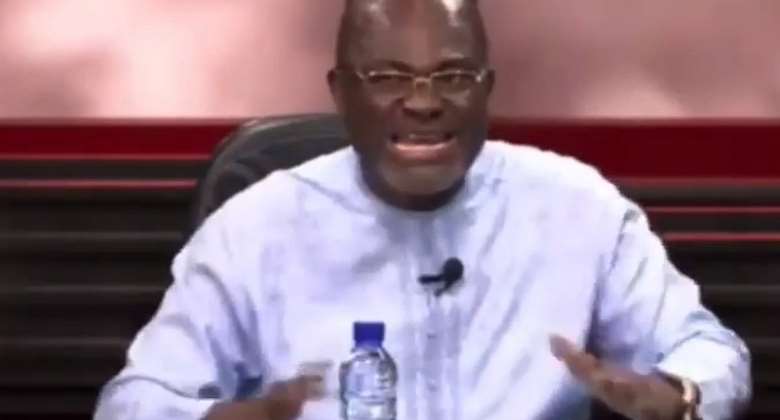 Vociferous member of the New Patriotic Party NPP and member of parliament for Assin Central Constituency, Hon. Kennedy Agyapong has dealt a heavy blow to his own party in a video sighted by Ghanatribune.com

The honouble member of parliament who was commenting on the missing excavators scandal said they are in the possession of party big men who are using them for galamsey operations.

This is in direct contradiction to the president's cease and desist instructions to all Ghanaians with regards to Galamsey in the country which has polluted most of our river bodies.

Hon. Kennedy Agyapong intimated that the president has now become like a Tree without roots because of the graft those surrounding him are involved in when it comes to Galamsey.

Mr. Agyapong also said it was unfair for Galamsey operator's equipment to be seized during raids by IMCIM and Galamstop only to end up in the hands of others and used for the same activities for which they were seized in the first place.

"They should bow their heads in shame, it is ugly, very ugly. It is not only the ministries, I dare NPP kingpins, they should stay aware...Now Akufo-Addo is like a tree without roots when it comes to galamsey because all his roots are rotten completely."

"How can you seize the machines of others saying they shouldn't eat but give it to your son. What is going on.?" he Said.