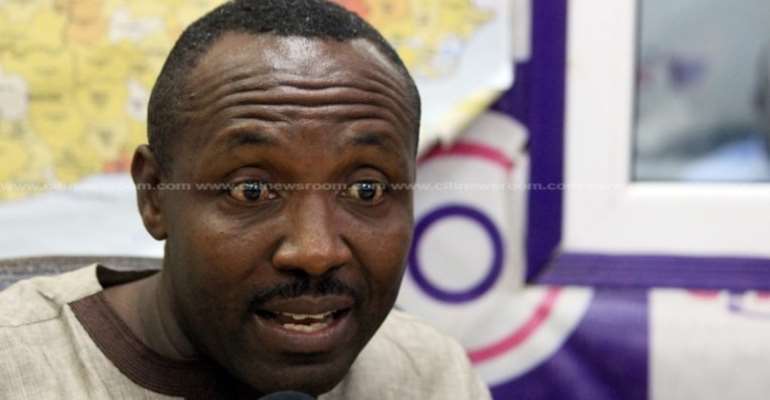 The governing New Patriotic Party (NPP) has indicated that activities of the Electoral Commission (EC) will be keenly monitored with eagle eyes by the Coalition of Political Parties backing it to compile a new voters’ register.

The Coalition which is made up of the NPP and twelve other political parties say the EC's decision to compile a new voters' register ahead of the 2020 general elections is necessary.

Addressing the media at a press conference in Accra, General Secretary of the New Patriotic Party, John Boadu, said the monitoring is needed to ensure that the Electoral Commission delivers a free and fair election this year.

Addressing the media at a press conference, leader of the Coalition of Political Parties for 'YES' to a new register, the LPG's Kofi Akaploo, called on all other political parties in the country to rally behind the EC to organise a free and fair election.

“The EC has made a solid case for a new register in terms of cost, time and credibility. We support the compilation of new register and we expect all political parties to support the EC in the quest to deliver a better-organised election than before.”

The Electoral Commission (EC) on 27th March, 2019 announced plans to compile a new voters' register for the 2020 presidential and parliamentary elections following a stakeholders meeting held under the aegis of the Inter-Party Advisory Committee (IPAC).

However, the news has been a controversial subject in the country with political parties expressing divergent views.

The opposition National Democratic Congress (NDC) had kicked against the move.

The party's General Secretary, Johnson Asiedu Nketiah has said there is no real need for a new register among other changes the commission seeks to introduce in the electoral system.

He also said it would be a waste of resources to buy biometric equipment for the election.

But the EC's Samuel Tettey said such claims are unfounded.

“The expenses relate to the cost of hiring registration officials and procurement of consumable registration materials. It is worth mentioning that the current administration of the commission is committed to judicious use of state resources for electoral activities,” he said.