The Yearly Crossover Nights On 31st December: Does The Church Have Effective Moses And Joshua Leadership? 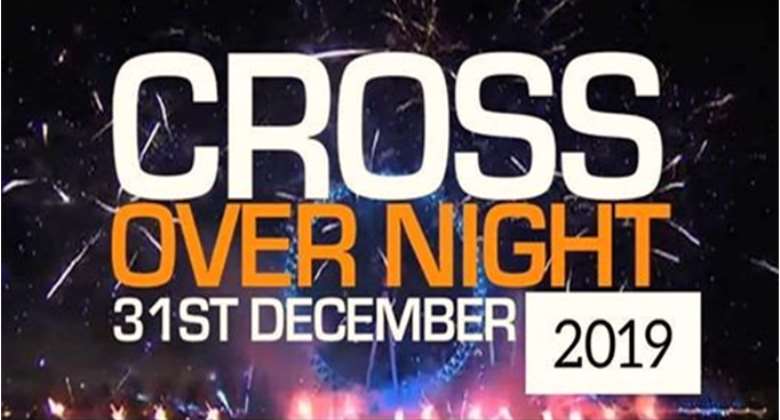 Notable among these names are crossover night, watch overnight, Cross Over to Recover, Passover to Takeover, Crossing Over, Operation Jabez Crossover, Passover Service, Flying Over, Restoration Night, Run Over, Fly Over, Swim Over, Cry Over, a December To Remember and many more.

It appears that regardless of the name given to the church service on 31st December every year, there is supposed to be a spiritual movement over something. Again, crossover seems to be the commonest name for the night. It, therefore, leaves the unending question as to what the Christians actually crossover over every year. Is it a spiritual bridge? Is it the year that ends? Is it River Jordan? Or Is it the Red Sea? Why is it that Christians keep crossing over the same thing every year? If it is indeed a spiritual water body, say the Red Sea or the Jordan they keep crossing over every year, then do we have an effective Moses or Joshua leadership in the church? If indeed there is an effective Moses or Joshua leadership in the church, then the Christians should not have been led by the same spiritual leaders to cross the Red Sea or the Jordan every year.

In any case, we only hear of when they are crossing over but we do not know when they make a return trip before they cross over again in another year. If it is the old year they cross over, then why don't they cross over every month because the New Year is equally the same as a crossover from one month (December) into another month(January). Do the names each church gives to the crossover night hold any spiritual values for the flock or it is mere semantics? Again, if all churches truly use the Bible, then why do they crossover different things every year?

For the churches that even refer to the 31st night service as Passover Overnight, I wonder which Passover lamb they believe in. This is because Jesus gave Himself on the cross once and for all as the Passover Lamb and that ended the Passover rites described in the old testament.

On every 31st night, we hear loud noises from the churches with various prosperity gospels preached and numerous incomprehensible New Year resolutions passed. Some clergymen even lead the congregation to recite certain things that even the individual worshipers may not believe in. Must the church always shout in prayer and make excessive noise in worship? In my view, we are overstretching the Christian worship to some unacceptable doctrinal and liturgical extremes. God listens to both silent and loud prayers so it is needless to always shout as if the God we serve is deaf. God listened to Jonah even from the belly of a fish.

All manner of activities are done by the churches on 31st nights. These include but not limited to financial seed sowing, baptism of new members, exorcism, prosperity prophecies, marital prophecies, breakthrough and many more. The clergymen are always emphatic that they are saying what they have heard from the Lord God. It is as if a Minister of the Gospel must necessarily be a prophet to survive. It has been lost on these clergymen that Bible says the same Holy Spirit gives different gifts to people within even the same assembly. Therefore, why must almost every Minister of the Gospel be yearning to be addressed as Prophet or healer? The Christian prophetic followers have also become oblivious of the caution given to them by Jesus Himself that they should be wary of false prophets in the latter days.

As if the foregoing is not enough, these clergymen sell holy water, holy sand, anointing oil and so many items to the unsuspecting believers as though the redemptive power in the blood of Jesus is no longer potent. These sales of so-called holy products make me feel that Jesus would have been a billionaire on earth if he were into such sales. Again, most of these clergymen prefer to be addressed with big and famous titles such as Apostle, Apostle –General, General Overseer, Prophet, Your Grace, Angel, Bishop, Archbishop and the like. Just dare call them Pastor and they and their followers will immediately correct you and ask you to retract. What surprises me is that even the King of Kings, Lord of Lords, the true Passover Lamb, the Lion of the Tribe of Judah, Jesus Christ the Son of the Living who died on the Cross for us and for which reason we call ourselves Christians is only called Jesus Christ or simply Jesus. The father of faith Abraham is called by name and so are most of the biblical kings, evangelists, patriarchs, and prophets such as Job, Moses, David (a man after God's own heart), Solomon, Daniel, Elijah, Joshua, Jacob, Noah, Paul, Peter, Aaron, Samuel and many more.

Some clergymen even make their congregants lash the church floor with canes to signify that they are beating Satan. Where lies the logic in this? The floor of the church, which is supposed to be holy ground, is now the body of Satan to be subjected to beatings. I think these rituals and sales of items we witness are needless and most of them rather lead the Christians astray.

Most Ghanaian Christians do not read the Bible themselves hence they only depend solely on what the clergymen say the scripture is. We know of the so-called men of God who cite wrong Bible verses to support things they claim are biblically true. Regarding the sale of items that are claimed to have healing effects, perhaps the Food and Drugs Authority is failing to exert its legal powers enshrined in the Public Health Act. Also, concerning the unnecessary noises that are made at the 31st-night church services, the Environmental Protection Agency has also failed to perform its legal functions. The Christian noise pollution has become an acceptable part of societal life and this is why I really like the yearly ban on noise making by the Ga Traditional Council at least a month before the Homowo celebrations.

Christians must wake up and refuse to be blindly led by the prosperity gospel clergymen. Goodbye to 2019 and welcome to 2020 devoid of political acrimonies on the campaign trail. 2020 is a leap year for the world and an election year for Ghana. Since 1992, Ghana conducts general elections every leap year.