Gov't's handling of PDS, PPA cases could have been better - H. Kwasi Prempeh 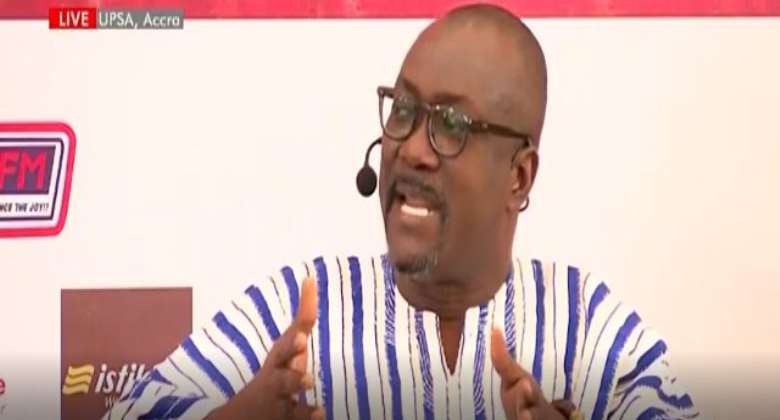 Executive Director for the Center for Democratic Development (CDD-Ghana) has criticised the Akufo-Addo government for not properly handling two corruption cases this year.

“I am quite unhappy about PDS from a value for money perspective and unlike others who can easily be dismissive by asking what is $190 million, I think there was more at stake,” he told Samson Lardy Anyenini, host of Joy News’ Newsfile, Saturday.

“For what is at stake we deserve answers than we have been given. So for me, giving what is at stake, I am still not convinced about how we handled the PDS deal,” he added.

In October this year, government informed the Millennium Challenge Corporation (MCC) in Washington of its decision to terminate a concession agreement between the Electricity Company of Ghana (ECG) and private operator PDS.

This was based on suspicion that the guarantees provided by PDS were fake. The suspension of the deal, subsequently led to the discontinuation of a provision of $190 million to support the turnaround of ECG, a situation both the Minority in Parliament and a majority of Ghanaians bemoaned.

There was uproar on social media with calls on government to prosecute appointees and officials within the energy sector who supervised the deal. After countless debates on the issue, the matter died a natural death.

The President would later refer him to the Special Prosecutor’s office as well as Commission on Human Right and Administrative Justice (CHRAJ) to probe his action.

CHRAJ was to investigate Mr Adjei on conflict of interest while Martin Amidu’s Office will handle the potential acts of corruption.

The suspension did not go down well with many, who argued that the CEO should have been given a sack and be prosecuted based on the evidence in the video.

There were also lots of criticisms of the President acting like a ‘clearing agent’ who finds no fault with his appointees when they are cited in corruption cases.

But speaking on the current affairs show, Prof. H. Kwasi Prempeh said government could have done better with the two cases.

“If indeed the PDS guys were in breach of some obligations and they cost us this much money, what is the recourse. Why are we not going after them especially if they breached a contract we had with them?

“So I think in some of these conversations, it’s the way we cloud the issues by bringing in matters of economic nationalism and sovereignty is not a good way to get to the truth,” he said.

On his part, private l egal practitioner Martin Kpebu pointed to cultural practices and behaviours as a venue that encourages corruption in the country.

“When we go through history you will notice that we have always liked corruption because we have a system where, when a relative goes into politics then the whole family starts to expect him to provide for everyone.

“So with that system, what do you expect? He will certainly have to look for money beyond his income,” he said.