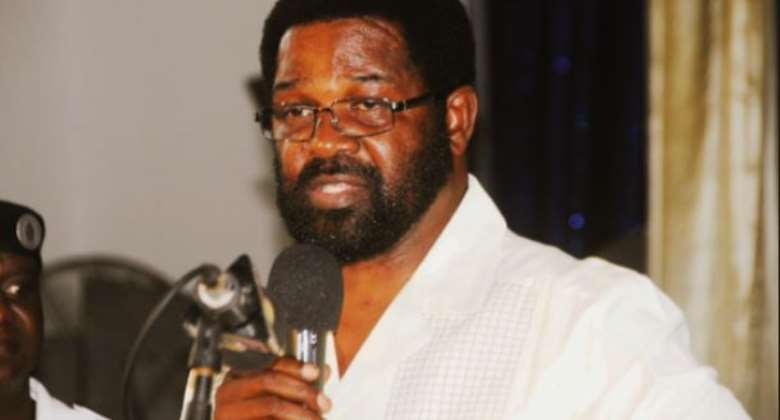 The former Mayor of Accra and currently the Member of Parliament for Ablekuma West, Dr. Alfred Okoe Vanderpuije, has said mayors who head major cities must be given the total autonomy to work.

According to him, renowned cities like New York and London have been given the autonomy to run the day to day activities of various cities.

But speaking in an interview with Kwame Tutu on ‘Anopa Nkomo’ on Accra based Kingdom FM 107.7, Oko Vanderpuije, said: “Ghana’s national capital and other cities must be given fiscal autonomy to control floods.”

The government needs to make the country more resilient and able to withstand the challenges posed by intense and frequent floods.

Structural flood protection measures – like storm drains or levees. These need to be constructed to protect all at-risk areas and not just the coastal areas

After several days floods inundated many parts of the capital after an early morning downpour, the former Mayor said flooding will soon be a thing of the past if the mayors within the various cities are given absolute power and capital to embark on tackling flood on daily bases.

Ghana has a huge solid waste problem. Poor disposal of solid waste often leads to the blocking of drains and drainage systems, preventing floodwaters from flowing through.

Background
Citizens and successive governments have destroyed the lives of many Ghanaians.

Remarkably, Accra’s authorities have received hundreds of millions of dollars over the past 20 years to begin fixing the problem. There was the Accra Waste Project, a series of Urban Environmental Sanitation Projects, and the $160 million Korle Lagoon Ecological Restoration Project, which was supposed to fix the flooding by removing the islands of rubbish choking the waterway and restoring it to its former glory: an azure expanse with tilapia as big as your arm.

Rainfall variability and land-use changes have made them increasingly common throughout the region.

The problem is Ghana’s government currently reacts to the floods using coping strategies. These don’t deal with the underlying risks, are expensive and don’t consider that floods will get worse. The government must take steps towards more proactive flood risk management.