Is The Finance Minister, Ken Ofori-Atta Suffering From Hallucination? 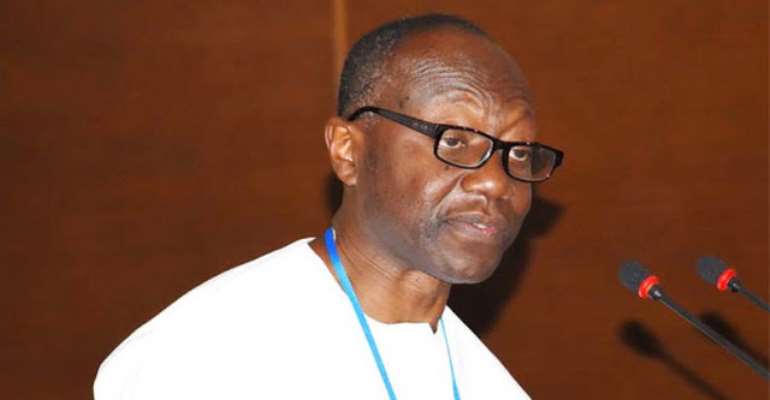 I couldn’t believe my eyes when an article on ModernGhana news site, entitled ‘There's No More Hardship Under Akufo-Addo,' a statement made by Ken Ofori-Atta, the – Finance Minister, caught my attention.

That statement made me believe what people say about politics and politicians. They will never accept or submit to inefficiency no matter how poor they run a government in order not to lose power. Ken Ofori-Atta’s comment came at a time thousands of Ghanaians are complaining bitterly about the hardships in the country.

He thinks he has to say something to convince dissatisfied Ghanaians but the question is the Finance Minister suffering from hallucinations?

If he is not hearing voices speaking to him about his inefficiency which has brought untold hardships to common low-income Ghanaians, then why is saying something that doesn't exist?

It seems the Finance Minister, Ken Ofori-Atta and his leader, Nana Akufo Addo, have bitten more than they can chew. Mahama was voted out in 2016, giving the NPP the opportunity to take over. Up till now, they couldn’t even fulfill one-third of their promises.

Every intelligent person knows that it is not easy to build something destroyed but with over one-hundred ten ministers, it was a full assurance to Ghanaians that Nana Akufo Addo is coming to do something better to alleviate hardships which commenced during the administration of the NDC.

Unfortunately, poor leadership, dependency, mismanagement, dishonesty, ignorance, and corruption, have increased the economic hardships of Ghanaians. Why is that what happens in Africa are never experienced in developed countries?

That means African leaders are experts in corruption than the creation of jobs. Recently, in one of my articles, I made a reference of how the outgoing Belgium Prime Minister, Charles Michel created 290,000 new jobs and an unprecedented employment rate of 71 percent within five years.

“Jobs, jobs, jobs, that was my obsession because that is the best guarantee for reducing poverty and strengthening solidarity,” said the outgoing Belgian leader. Do the Finance Minister and the President have that obsession? If they do, Ghanaians wouldn’t suffer economic hardships.

I congratulate the Ghanaian leader for implementing a free education but he has to admit that it was under his administration that many banking institutions collapsed and many Ghanaians lost their jobs, therefore, I don’t see any tangible reason Ken Ofori-Atta has to make such an insignificant statement.

He should try not to play on the intelligence or psychological emotions of Ghanaians because that will make him a very dishonest person and might even lose confidence in Ghanaians.

The cheapest thing in Europe and America is food. Food is so cheap in Europe that every year, 88 million tonnes of food is wasted in the European Union. This is equivalent to 173 kilos per person, yet both low and middle-income Ghanaians are suffering because of the high cost of food.

Surprisingly, you don’t even feel pity for them but rather praising a poor government to retain power. Anyway, I am not the one who will decide for Ghanaians, their votes will decide.