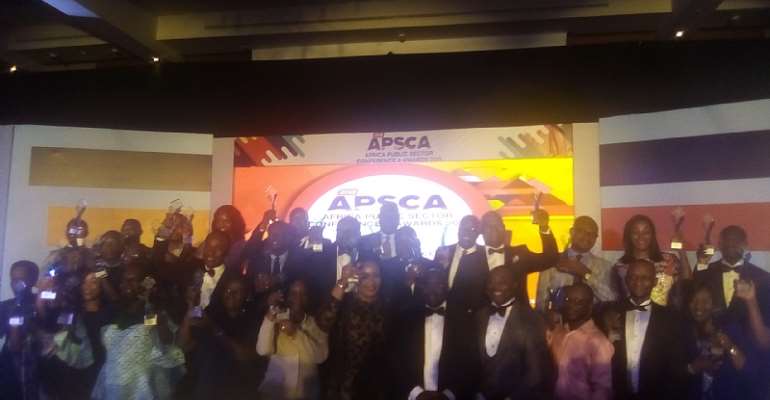 The Vice President of the Republic of Ghana, His Excellency Alhaji Dr. Mahamudu Bawumia has said the country’s Medical Drone Delivery service initiative which was recently introduced is rated the largest in the world.

He was speaking at the 2nd Africa Public Sector Conference and Awards (APSCA) 2019 on October 24, 2019 at the Mövenpick Ambassador Hotel, Accra.

The Vice President said Ghana has joined Rwanda in using drones to deliver critical medical products, blood products, medical cargo, emergency vaccines, life-saving and essential medicines on demand to every part of the country regardless of the road infrastructure.

He noted that through Corporate Social Responsibility (CSR), the private sector has taken steps to pay for the medical delivery of drone services to the benefit of all without the government paying anything.

He added that the hard to reach areas will not be left out in the delivery of medical services noting that, the access to technology will ensure they are also included in the society to bring significant changes in the economy.

The Chief Executive Officer (CEO), Forestry Commission of Ghana, Kwadwo Owusu Afriyie after picking an award expressed his gratitude to the management, staff, teaming supporters and the board of the Commission in their efforts in contributing to the winning of the Outstanding Contribution to Public Service Award for the Commission.

The noted that it has employed about 60,000 youth in the Reforestation Programme, Modified Taungya System (MTS) which is a co-management system between the Forestry Commission and smallholder farmers that allows intercropping of timber and food crops.

“We’ve contributed our quota to ensuring that the country moves forward in the right direction,” Kwadwo Owusu Afriyie emphasised.

The CEO of InstinctWave (organizers of the awards scheme), Mr. Akin Naphtal said, “the idea behind the awards scheme is to promote the work being done by the public sector who are often underrated. Most of the time when they deliver nobody recognizes them.

According to him, the public sector is evolving through innovations to deliver quality services to which they decided to bring them together to decide on shared best practices, ideas and how to be innovative in driving the government agencies forward.

“If you embrace innovation that means you’ve embraced technology because innovation comes through the use of technology to improve in service delivery,” he concluded.