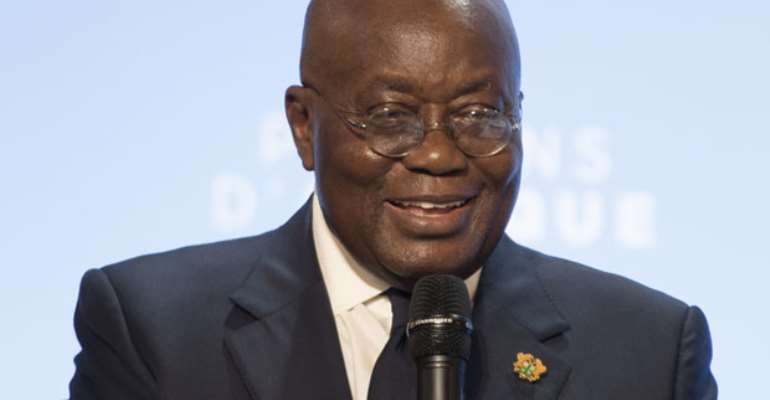 The Maritime and Dockworkers Union (MDU) has praised President Akufo-Addo for setting up a Ministerial Committee to investigate Meridian Port Services (MPS) Terminal 3 concession agreement at the Tema Port.

According to the Union, “the report of the Ministerial Committee has exposed the extent of the huge revenue losses and the resultant job losses associated with the implementation of the Terminal 3 concession agreement.”

MDU made this known at a press conference addressed by its General Secretary, Daniel Owusu-Koranteng, on Monday, October 7, 2019.

Mr. Owusu-Koranteng explained that the challenge however, lies in how Government can correct the possible damage that the Terminal 3 concession agreement would cause to the Ghanaian economy.

The Ministerial report, he said, raised the important question of the period of the concession agreement.

He noted that “it is not clear whether the concession agreement is for 15 years or 35 years. We are also not clear about when to start counting the contract period of the agreement. ”

“The Ghana Ports and Harbours Authority has sacrificed many of the demands it had presented at the beginning of the negotiations in exchange for a modest demand to work on 20% of the Eligible Vessels,” he alleged.

“MPS has made a proposal, which includes finding jobs for some of the workers who would lose their jobs as well as paying those who cannot be employed immediately for three years and retraining them with the hope of making them employable in the future,” he reiterated.

“We participated in the negotiations of MPS concession agreement with the expectation of ensuring adequate revenue generation and job retention for GPHA but MPS has turned the negotiations for the review of the Terminal 3 Concession agreement into a forum for the protection of the investment agreement even if that would weaken GPHA's revenue generation capacity which would lead to massive job losses for GPHA workers and other companies such as ACS, TCT etc,” he claimed.

He expressed that “in our (maritime workers) view, the proposals of MPS are only palliatives which would not be able to address the important issue of revenue generation for GPHA , job creation and the problem of job losses.”

He added that such a proposal will convert GPHA from a landlord status to a vulnerable entity that has to survive on dole outs from its tenant-MPS.

“The negative effects of the operations of MPS Terminal 3 on job losses permeates the entire maritime industry,” he bemoaned.

“Some maritime companies have expressed their intentions to lay many workers off because of the effects of the operations of MPS on GPHA's container handling business,” he revealed.