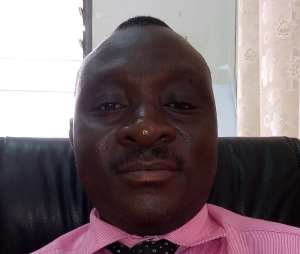 Some say the workplace is a jungle because it is not only full of work activities per se but also with office politics, backbiting, pull him or her down or backstabbing, rivalry, rumor-mongering, vilification and many other impeding factors that the individual employee encounters. This is called cynical organizational politics and rumormongering.

Organizational or workplace politics basically refers to power struggle attempts with a parochial aim that inures benefits to one person or a group of persons in the workplace. It involves the use of social networks in the workplace for cynical purposes. The self-serving aspect of organizational politics and the fact that it is pursued clandestinely sometimes makes it have negative cascading effects on organizational growth because the affected employees tend to be demotivated and productivity is affected ultimately.

In Ghana, cynical organizational politics with its accessories described above is very common and deep rooted in most public sector organizations. This is one of the challenges drawing our developmental efforts backward. Some public sector workers are not even employed on merit and even if they were, they use both partisan and organizational political affiliations and networks for their personal benefits or for the benefit of only those who belong to such workplace cliques. Mostly, those who belong to such cynical cliques do not often care about work performance or productivity. They are only after personal benefits.

What is interesting within most public organizations in Ghana is that operational policies are made at the top echelon of the organization and communicated to the peripheral officers for implementation. However, once implementation unfolds even in accordance with both the letter and spirit of the policies, the policy-makers themselves shortchange the implementation procedures by ensuring that their favorites who do not deserve certain things rather benefit more. The peripheral officers implementing the policies become helpless under such circumstances and succumb to the unmerited authoritative orders. As such, the laxity majority tend to twist the hands of the dedicated few who occupy managerial positions.

The disheartening aspect of cynical organizational politics in the public sector of Ghana is that those who did wrong rather blame it on the innocent ones and it is upheld by organizational authority. Deployments and re-deployments have become threats to scare workers to cooperate with authority. Some workers are threatened of being posted to very remote areas or rendered idle until they resign. This kills workplace initiatives thereby making some workers go into depression.

The Commission on Human Rights and Administrative Justice (CHRAJ) as the ombudsman under the 1992 Constitution is seemingly helpless under the circumstance as administrative injustices are meted out to some public sector employees on a daily basis. It is as if article 23 of the Constitution is meaningless or does not exist at all. It states poignantly, “Administrative bodies and administrative officials shall act fairly and reasonably and comply with the requirements imposed on them by law and persons aggrieved by the exercise of such acts and decisions shall have the right to seek redress before a court or other tribunal.”

Another aspect of the cynical organizational politics menace in the public sector of Ghana is when the manager is chosen along unmerited and partisan political lines and he or she become a puppet that dances to the whims and caprices of his posting authority that favoured him or her with a position he or she does not merit. Standards, fair procedures and core values once cherished within the organization become useless once organizational politics creeps in and wears the cap of partisan politics.

Surprisingly, even colleagues of the same profession treat one another with such disdain and unfairness and consciously deprive other colleagues from getting benefits they merit. Appointment interviews are often whitewashed or done pretentiously because the favorite candidates had already been chosen before the interview was conducted. The interviews are only conducted as a formality in compliance with what the law that established the organization says. This leads to a lot of bitterness among professional colleagues who are treated unfairly this way. Sometimes, things happen this way because of the age factor (the older person who is not too competent as the younger one is rather given the position), nepotism, tribalism (the panel’s hatred for a given tribe of one interviewee) and also money or other packages exchange hands to manipulate the interview scores. In certain cases, the vacant position is not advertised at all. Head hunting is done just to give the job to the preferred person who may not deserve it. This is the stark reality of our times.

As if the foregoing is not enough, there have been allegations of black magical practice in certain public sector organizations in Ghana to the extent that the death of one employee is attributable to another or alleged to have been spiritually caused by another employee. Can a workplace of this nature satisfy any meaningful sustainable developmental needs? Ghana needs an attitudinal healing or change in order to transform significantly in many sectors of the economy. Regardless of what advantages one may enumerate for the practice of cynical organizational politics, methinks its disadvantages outweigh the advantages so such trivial divide and rule arrangements or tactics in our public sector workplaces should be eschewed. Finally, I see tribalism as a form of disease; in fact, it is a mental sickness. Again, managers should be wary of the laxity majority within their organizations and try to identify the dedicated few while making efforts to be neutral in dealing with both groups in the workplace.