CSE Brouhaha: CVM Urges Politicians To Respect The Will Of Ghanaians 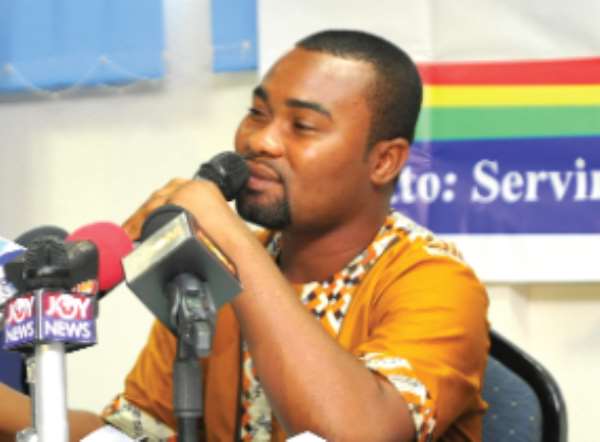 The Concerned Voters Movement (CVM) has urged politicians in this country to respect the will of people whose political power reside in them.

The CVM's statement comes as a result of the proposed controversial Comprehensive Sexuality Education policy to be introduced by the Akufo-Addo-led government.

Beginning next year, pupils in all public schools, including 4-year-olds will be given Comprehensive Sexuality Education according to the proposed policy.

Officials say, the subject content would be age-appropriate and empower pupils with values that would protect them from sexual harassment.

But, the programme has come under intense criticism from sections of the public including church leaders, with many describing it as a deliberate attempt to introduce homosexuality to Ghana.

In a statement issued and signed by Razak Kojo Opoku, the Founder and President of CVM and copied to the media, he emphasized that "As political practitioners we must always endeavour to respect the opinions of the People especially on unpopular policies which are completely rejected by them"

Article One(1) of the 1992 Constitution subsection One (1) states that "The Sovereignty of Ghana resides in the people of Ghana in whose name and for whose welfare the powers of Government are to be exercised in the manner and within the limits laid down in this Constitution".

Political Parties and Politicians in general lose Political Power due to their inability to adhere and respect Article 1 Subsection 1 of the 1992 Constitution.

Political Power never belong to the President, Members of Parliament and Party leaders. It rather belongs to the PEOPLE.

The people have the absolute power to determine who should lead and govern them in each particular time.

That is why every 4years Politicians go around campaiging and pleading with the people to surrender their power to them.

As political practitioners we must always endeavour to respect the opinions of the People especially on unpopular policies which are completely rejected by them.

Government can perform very well but unpopular policies can easily cause Government to lose an election.

1. Not directly accountable to the People

2. Mostly sponsored by foreign Countries, donors and agencies who may not have the interest of the Country at heart.

President Akufo-Addo's Government has more success stories than failures, and we must try as much as possible to avoid unpopular policies that has the tendency to anger the people who overwhelmingly gave us their mandate in 2016 to govern them.

As 2020 General Election approaches, Appointees, Government machinery and Party leadership should focus on telling the success stories of President Akufo-Addo, and expose propagandas of John Mahama, NDC and their allies.

CVM will do our best to highlights the achievements of President Akufo-Addo's Government and expose the lies of John Mahama, NDC and their allies come 2020.