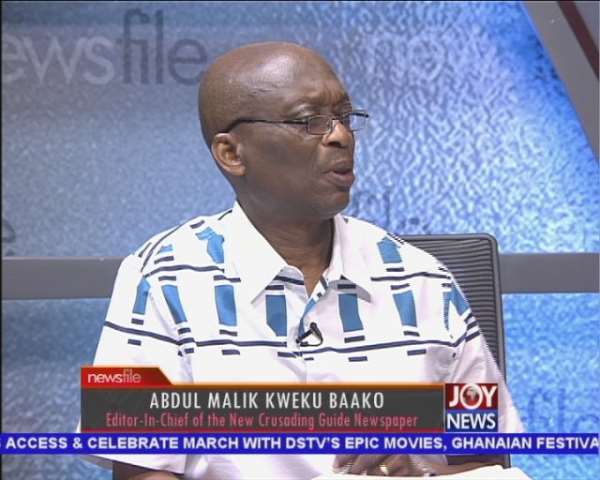 Kweku Baako said he had noticed that government communicators have been running away from the controversy surrounding the CSE after conservative groups such as churches, lambasted the government for trying to subtly sneak into the curriculum, abhorrent sexual lifestyles.

The Education Ministry has denied approving a guideline of CSE prepared by the National Council of Curriculum and Assessment, (NaCCA). It also has provided assurances, school children will not be taught culturally abhorrent lifestyles.

Kweku Baako wants the government to focus on explaining to Ghanaians, its position that CSE will be taught within the context of acceptable Ghanaian culture.

He said, its explanation will cure what he says is a deliberate attempt to package CSE as LGBT content.

“Why are people running away from a distortion? Why are you reacting instead of perhaps, interrogating it and exposing it?” he questioned.

FixingTheCountry Movement to march in support of Akufo-Addo'...
56 minutes ago