Improve Education Quality Rather Than Pushing CSE — Mahama To Akufo-Addo

​​​​​​​…says NHIS must be exempted from capping and re-alignment 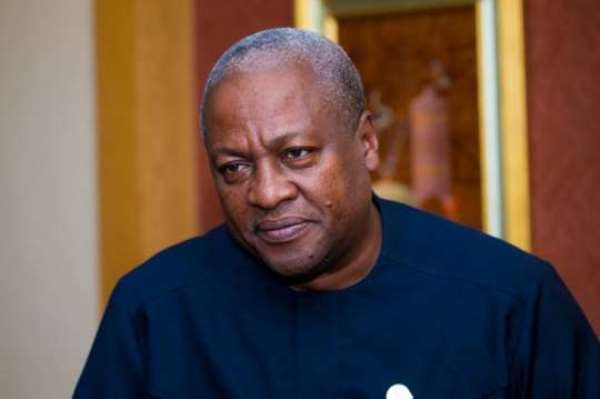 The flagbearer of the National Democratic Congress (NDC), John Dramani Mahama, has advised the Akufo-Addo government to focus on improving the quality of education, make it accessible and affordable rather than introducing Comprehensive Sexuality Education (CSE).

He also advised the government to exempt the National Health Insurance Scheme (NHIS) from the Capping and Realignment Policy it is implementing to ensure that the Scheme gets the required funding.

At different forums, the NDC flagbearer has been reacting to the brouhaha generated in the country over the controversial CSE program and the challenges bedevilling the NHIS scheme, proffering solutions to the challenges.

On the unpopular CSE program, H.E John Mahama said “what Ghana urgently needs is a substantial improvement in quality education, which is accessible and affordable to all,” adding “we reject it and note that it is important for Government and all Ghanaians to respect and uphold the enduring values, norms and the rich culture of Ghana.”

“As noted by the Presbyterian Church of Ghana, Most Rev. Philip Naameh of the Catholic Bishops Conference, Rev. Dr. Paul Frimpong-Manso and National Chief Imam Sheikh Nuhu Sharubutu, this addition to the national curriculum cannot be acceptable in any form.

“Government must immediately withdraw its policy to promote sexuality, sexuality types and practice among young children as the CSE Guidelines implicitly advocates.

“I fully understand the outrage of the moral society and a large majority of parents, opposing the planned introduction of what government and its partners are calling Comprehensive Sexuality Education (CSE),” former President Mahama stated in a Facebook post.

At another forum, the flagbearer who was speaking at the 13th Annual Residential Congress of the National Health Students Association of Ghana at Korle Bu in Accra, said an exemption from the Capping and Realignment Policy would better serve the Scheme instead of the current arrangement, which unfortunately causes the NHIS to lose some of the funds they would otherwise have retained for their operations, including the payment of claims.

But under a Funds Capping and Realignment Act introduced by government in 2017, a percentage of the funds due the NHIS has been capped and diverted for other uses.

“Government should exempt the National Health Insurance Scheme from the Capping and Realignment so that we can have enough money to cater for the subscribers to the health insurance,” the former president advised.

The three-day Congress, which was on the theme “Quality Health Education and Sustainable Employment; Reviewing the Past and Present to Repair the Future” ended on September 28, 2019.

Mr. Mahama, who is the flagbearer of the NDC for the 2020 elections, also encouraged student movements to use student activism as a tool to achieve accelerated development.

He noted that student movements have made valuable contributions to the progress of the country, recalling their contribution to the setting up of the Ghana Education Trust Fund, GETFund.

“Since the establishment of the GETFund, it has been the single largest contributor to educational infrastructure in the history of Ghana,” he added.

In another development, H.E. John Mahama and the NDC have joined Muslims to mourn the passing of the Deputy Chief Imam.

Sheikh Kamal-Deen was one of the great pillars behind Sheikh Nuhu Sharubutu and contributed immensely to the state of religious tolerance and cooperation our country enjoys.