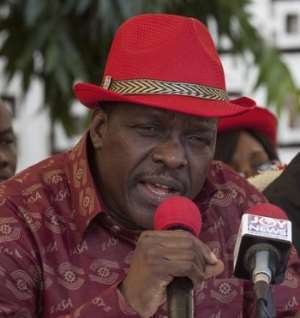 The Second Deputy Speaker of Parliament Alban Bagbin has accused government of seeking to make political capital of the recent announcement of a foiled coup plot.

The Nadowli-Kaleo legislator challenged the Akufo-Addo government to put evidence of the foiled coup before the court if it is not playing to the political gallery.

Speaking on the sidelines of a Parliamentary Press Corp workshop at Prampram, he challenged government to put the evidence before the court.