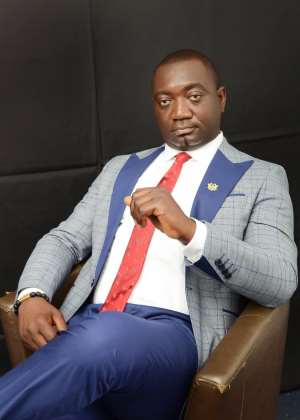 Coup D'etat has destabilised many governments, especially in Africa. In our recent world, it is high treason to organise a coup de tat but Dr. Frederick Yao Mac-Palm owner of Cedatel Hospital and his two accomplices Mr. Ezor Kafui a local weapon manufacturer and Bright Ofosu Debrah was captured by joint security operations upon the tip of and several months of monitoring.

Dr. Frederick Mac-Palm and his two accomplices and other two military officers whom they plotted the coup with are currently in BNI custody. Doctor Mac-Palm planned to manufacture 100000 guns for the operations, already they had explosives for the coup but with the help of the joint security operations, the coup was foiled. The most shocking aspect of the story is that ammunitions were being manufactured by a local blacksmith right inside his hospital, Citadel Hospital.

One shocking revelation is that we hear the whole opposition party (NDC) rubbishing the plot, saying that ammunitions can't be used to succeed in a coup plot but I want to remind them that coup can be staged without ammunitions, let's not forget in 1965 in Benin, three soldiers staged a coup without ammunition, the president was just strangled and booted out of office, in 1989 Capt. Quarshiga was arrested and detained for almost a year upon a tip of that he is plotting a coup meanwhile he wasn't having any ammunition and Capt. Nkrabiah Effa

Dartey was arrested and detained for 10 good years because the government at that time had intel that he wants to organise a coup de tat with a single pistol in his bag as a senior military officer.

Source also reveals that there are recordings of the suspects suggesting how they are going to carry out the operations. My worry is that instead of the NDC to behave as good citizens to support the investigations they are rather rubbishing the facts and trying to defend the culprits in a court of public opinion. At least they could have waited for the outcome from the security services but whole NDC communication machinery have started defending Dr. Mac-Palm and it makes it difficult to comprehend the type of opposition they are and what will be their interest if the coup has been successful?

And I am advising the so-called security experts in the country to tone down with their views on matters of such magnitude till the security agencies are done with their investigations and outcomes.

Arrest, prosecute galamsey kingpins irrespective of their s...
20 minutes ago

Ablakwa questions whereabouts of chief perpetrator of Bulgar...
20 minutes ago