Senior Military Officer, One Other Charged Over Alleged Coup Plot 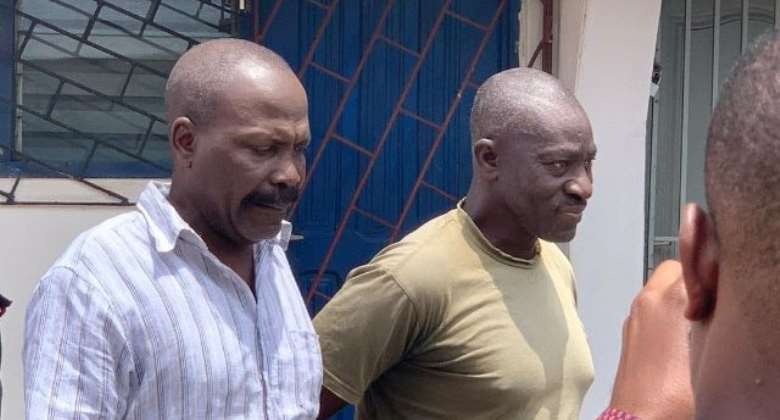 A senior military officer and a civilian said to be part of a plot to destabilise the country have been slapped with the charge of possession of explosives and ammunition without lawful excuse.

The senior military officer, Colonel Samuel Kojo Gameli and the civilian employee of the Ghana Armed Forces, Gershon Akpa, were charged on Friday, September 26, for their role in what government says is an “elaborate plot targeted at the Presidency.”

The government in a statement released on Monday said, a joint security operation on Friday led to the retrieval of several arms, explosive devices and ammunition from locations in Accra and Kpone-Bawaleshie in Dodowa.

State Prosecutor ASP Sylvester Asare on Friday informed the Kaneshie District Court that the soldier and the civilian charged in connection with the coup plot are members of 'Take Action Ghana', a group led by Dr Mac-Palm.

He said they intended to engage in a series of demonstrations geared at toppling the government.

He revealed that they have since secured the services of one other person already in custody, to produce explosives and guns for the operation at the Citadel Hospital.

Payments amounting to GH¢2,300 for each pistol according to prosecution, were made while GH¢400 for each explosive has since been paid for some explosives.

ASP Asare asked the court to remand them into the custody of the Bureau of National Investigation (BNI) because investigations were still ongoing.

This was granted by Magistrate, Rosemond Dodua Agyiri, who also adjourned the case to October 9.

Information Minister, Kojo Oppong Nkrumah, disclosed Tuesday, that some military personnel have been picked up in connection with the bust of the alleged coup plot.

Speaking on the Super Morning Show on Joy FM, the Minister said the arrest of the officers is part of an in-depth investigation into the attempt by a group of persons to take over the reins of government.

He has disclosed that the government has been fully brief by state security agencies including Defence Intelligence under the Ghana Armed Forces, the Bureau of National Investigations and the Criminal Investigations Department (CID) on the activities of the coup plotters.

Mr Oppong Nkrumah also revealed that the full brief by state security agencies is what has been sifted and made public.

Arrest, prosecute galamsey kingpins irrespective of their s...
27 minutes ago

Ablakwa questions whereabouts of chief perpetrator of Bulgar...
27 minutes ago