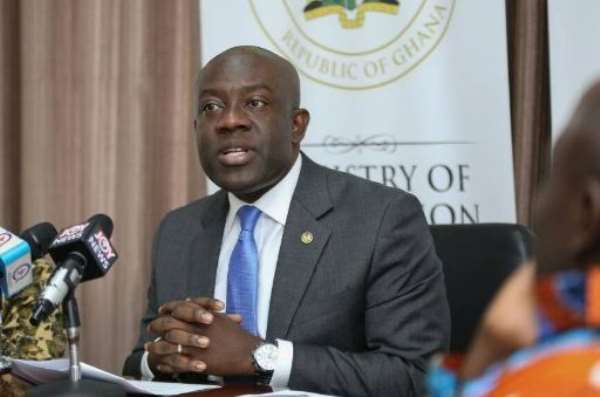 The Minister for Information, Kojo Oppong Nkrumah, says the number of suspects in the alleged attempt to destabilise government may increase in the coming days.

On Citi TV‘s Point of View, the Minister said it was likely the interrogation of the military personnel arrested over the alleged plot would point to more suspects.

“The indication I have is that there is a very high possibility [about the number increasing] because, as I mentioned, some military persons are being interrogated and when they are done with that interrogation, those who are to be included in this list will also be arraigned before the court. I think we can draw an inference from that to expect some more persons to be arraigned.”

So far, three civilians and multiple military personnel have been arrested in connection with the alleged plot.

The three civilian suspects have so far been charged with conspiracy to manufacture arms and ammunition without lawful authority.

Given that they are accused of plotting to overthrow the government, there were some questions over the absence of a treason charge.

The Attorney General’s office has however said it is yet to receive the docket and possibly review the charges levelled against the suspects .

The pleas of the three; Dr. Frederick Yao Mac-Palm, Ezor Kafui and Bright Allan Debrah Ofosu were however not taken by the court.

A joint security operation last Friday led to their arrests after a raid on the Citadel Hospital which Dr. Mac-Palm manages.

The government later revealed that some military personnel had also been arrested.

The operation followed 15 months of surveillance and gathering of evidence on the activities of the suspects.

The lawyer for the three civilians, Victor Adawudu, has also said his clients have denied the allegations levelled against them .

He reported that his clients knew nothing about the weapons found after a raid at the Citadel Hospital last Friday.