Alleged Coup Plot: ‘Days Of Coups Are Over’ — Buhari 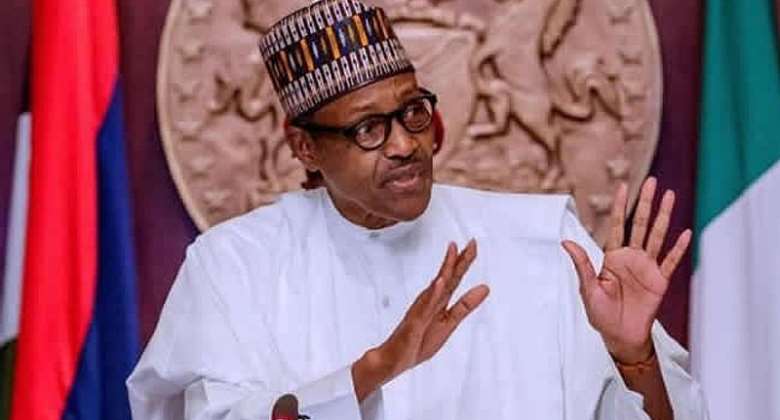 Nigeria president, Muhammadu Buhari has reacted to the alleged plot to take over the reins of the President Akufo-Addo government, saying that “the days of coups and government without votes are over”.

In a press statement made public by Nigeria’s Senior Special Assistant, Media and Publicity, Garba Shehu on twitter , the president said the only form of governance in the 21st Century is through democratic elections.

“The only acceptable form of governance in our region in this 21st century is through democratic elections. It is the only way to install – and the only way to change – an administration. The days of coups and government without votes are over,” Buhari said.

The government on Tuesday said in a statement that security agencies in a dawn operation on Friday arrested three suspects and seized several weapons, ammunition and explosive devices at the Citadel Hospital, at Alajo and another location at Bawaleshie [Kpone] near Dodowa in Accra.

Some Ghanaians have expressed doubt about the seeming severity of the issue but the Minister for Information, Kojo Oppong Nkrumah have insisted that the government has adequate evidence to prove the intent and action of the suspects.

The news which seem to have traveled beyond the country has caught the attention of Ghana’s West African neighbour Nigeria, whose president is extolling Ghana’s democratic credentials.

“All Africans hold the nation of Ghana in the highest esteem as the first post-colonial country to gain independence, and the first African country to hold multi-party elections by universal suffrage. Ghana is the first, true African democracy,” he said.

He added that, “Nigeria and Ghana are leading partners in ECOWAS, and Transparency International, and Afro Barometer's Africa Index 2019 attested that both countries have recorded exceptional advances in fighting corruption.

“When you take on powerful and corrupt vested interests successfully, sometimes they seek to push back. As the saying goes, 'if you fight corruption, corruption will fight back,” Buhari said.

“We in Nigeria hold out – as always – our hands in support and friendship to our brothers and sisters in Ghana,” Buhari added.

Arrest, prosecute galamsey kingpins irrespective of their s...
16 minutes ago

Ablakwa questions whereabouts of chief perpetrator of Bulgar...
16 minutes ago