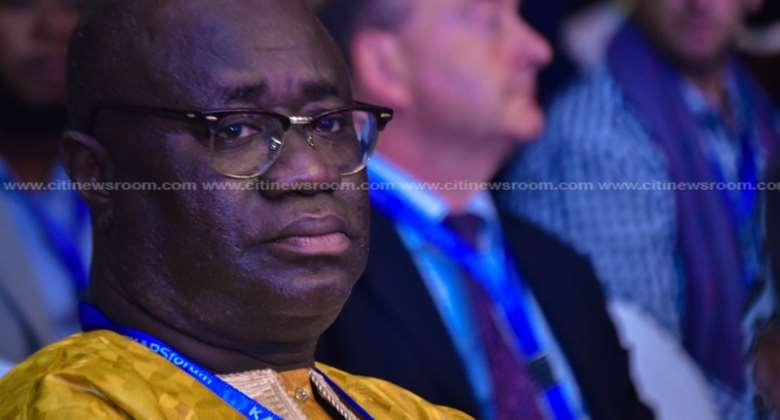 Dr. Kwesi Aning, a security analyst wants a commission of inquiry to be established to probe the police service’s handling of the whole kidnapping cases.

Speaking on Eyewitness News, on the back of the police service’s confirmation of the death of the four girls who went missing in Takoradi over the last year, Dr. Aning said questions needed to be answered on the “police professionalism and efforts in the investigation.”

A lot of the controversy has surrounded the Director-General of the Criminal Investigations Department (CID), COP Maame Yaa Tiwaa Addo-Danquah, who is facing calls for her resignation over her handling of the case.

In April, the CID Boss assured families of the missing persons that the police knew the whereabouts of the kidnapped girls; Priscilla Blessing Bentum, Ruth Love Quayson and Priscilla Kuranchie.

But she later came out to say her comments at the time were misunderstood and only meant to give the families hope.

Dr. Aning found the CID boss’ comments to be problematic and one of the reasons the commission of inquiry would be needed.

“[We need to know] if there was a grand strategy to give false hope at the same time the investigation was going on or that when this hope was given, it diverted attention from the investigation and that is why I am calling for a commission of enquiry to get to the bottom of all this.”

He further stressed that the credibility of the police was at stake saying: “It is crucial for all of us that the police very quickly regain the trust of the community… we still need a service that sends clear signals that we are in charge.”

Residents of Takoradi have expressed scepticism with the police’s conclusions in the case.

The family of Ruthlove Quayson is pushing for an independent forensic probe to bring satisfactory closure to the case.

A former Director-General of the Ghana Health Service (GHS) and a pathologist, Professor Agyeman Badu Akosa also said he was not convinced with the police’s conclusions either.

He had stated that a more experienced forensic opinion is required to authenticate the outcome of the DNA test conducted by the police in the Takoradi kidnapping case.

A lawyer and former legislator, John Ndebugri, went as far as demanding the arrest of COP Addo-Danquah arguing that she was complicit because of the comments she made about the girls’ whereabouts.

More Headlines
ModernGhana Links
Police place GHS10k bounty for information on attackers of Radio Ada
Withdrawal of Bagbin’s military guards was in line with protocol; no malice intended – ASEPA Boss
Removed soldiers were attached to Speaker Bagbin's office without proper procedure — GAF
Bagbin still has security protection – Albert Kan-Dapaah
Group calls on C-in-C Akufo-Addo to reinstate Speaker Bagbin soldiers or else. . .
The soldiers are not part of security of Speaker, MPs – Gov't
'It's an attempt to gag Speaker, put his safety and security in harm's way' — Bagbin’s office reacts to withdrawal of military guard
Don’t invest or trade with Tizaa Ghana Fund; they are not licensed – SEC warn Ghanaians
Ghana’s economy downgraded due to overall risk and lost of confidence — Prof. Gatsi
TOP STORIES