Suspend PPA Board– CSOs To Akufo-Addo 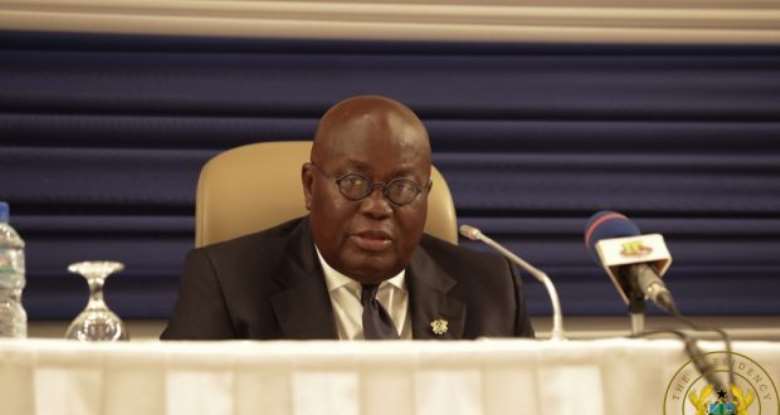 The coalition, in a statement, felt the board is culpable because of the potential conflict of interest violations that were brought to light by an investigative piece by freelance Journalist, Manasseh Azure Awuni.

“…Further suspend the entire Board of the PPA pending investigations from the OSP and CHRAJ. The Board cannot be left blameless in this whole contracting saga as revelations made in the said documentary raises serious concerns about the Board's understanding of the Conflict of Interest injunction imposed by Article 284 of the 1992 Constitution and how to manage it. Additionally, the Board's oversight or possible complicity in the possible abuse of the restricted tendering rules requires them to step aside for a thorough investigation to be completed.”

In addition, the CSOs want President Nana Akufo-Addo to suspend the “use of restricted tendering and single-source processes while investigations are underway.”

They also urged the President to “instruct all other investigative bodies not to initiate or trigger any parallel investigations to the OSP-CHRAJ probe.

Though Mr. Adjei has been referred to the Office of the Special Prosecutor and the Commission on Human Rights and Administrative Justice (CHRAJ) for investigations, the coalition suspects that “personnel of the various Ministries, Departments and Agencies (MDAs) may be complicit in a possible grand scheme to corrupt the public procurement system.”

It this called on the two offices to “extend their investigations to MDAs where restricted tenders and single-sourced contracts may have been fixed in favour of companies linked to personnel of the MDAs.

“Also, the investigative bodies should as a matter of urgency consider the monitoring of the assets and accounts of individuals implicated to ensure the State is able to recover any monies appropriated illegally,” it added.

What the documentary reveals

In the documentary, Mr. Boateng was accused of establishing Talent Discovery Limited, which won some government contracts through restrictive tendering.

The company was, however, selling the contracts to individuals as revealed by the investigations, which involved meetings recorded with secret cameras.

General Manager of the Company, Thomas Amoah, was a key figure captured in these encounters.

Talent Discovery Limited was ready to sell a contract worth GHc22.3 million to a non-existent entity which Manasseh Azure Awuni's team had made up.

This contract was eventually awarded to B-Molie Limited, a company said to be a sister company of Talent Discovery Limited, according to the documentary, which aired on Joy News.

UTAG Strike : All 15 branches to continue strike
20 minutes ago