Prince Sadat Calls For The Resignation Or Sacking Of PPA Boss 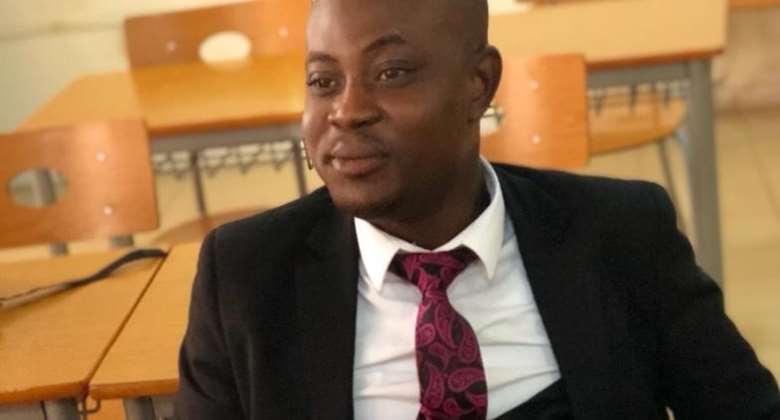 His call comes from a backdrop of an expose by investigative journalist, Manasseh Azure Awuni entitled “Contract for Sale”. He shared his taught on the issue on his Facebook Wall which was also sighted by on www.modernghana.com .

We in the New Patriotic Party (NPP) will not defend or shield any erring appointee who acts ultra vires with the ideals of our party and who fails to emulate the incorruptible Nana Addo Dankwa Akufo-Addo. Barring any contrary facts, Mr. A. B, Adjei clearly abused his office. What will make one person award 14 different contracts to himself if it is true, if not greed. People have long forgotten how we toiled to bring this party int to power. Our grassroots are suffering whiles a few are just amassing wealth. I expect the security agencies and the Office of the Special Prosecutor to take up the matter and follow it to its logical conclusion.

Awarding contracts to one’s own company and selling same to the highest bidders is not something for us to simper at. We acclaim and encourage when you do it right; and we reprimand when you go contrary.

I will like to congratulate my brother Manasseh Azure Awuni for a diligent job this time around. We criticized your “Militia in the heart of the Nation” documentary not because we were NPP, but because you did a poor job on that. You have helped your country in uncovering a rot which seems to have gone on for decades. While we are commending your work on the “Contract for Sale” expose, do not label us as intolerant when we disagree with you in future.

This can only happen in the NPP under the distinguished leadership of H. E. Nana Addo Dankwa Akufo-Addo. We are different. We are pacesetters, we are an emblem of democracy, good governance and rule of law.

But it is worth emphasizing that, it is not only politicians who are corrupt. Corruption in Ghana is pervasive; it starts from the homes, then graduate to the workplace and then climbs higher.

In all of these, someone or some people end up suffering and whiles a few are enjoying. But let us all pretend to be saints until we get caught. Now, I foresee the death of “TRUST” and people recording each other’s conversations in the future. What we are seeing is just a fraction of the magnitude of corruption in our system. If the camera were to be put on all Ghanaians, only 0.5% of us will passed the test. Our system is just sick!

On this note, I call on Mr. Adjenim Boateng Adjei to do the honourable thing of resigning or he should be fired immediately barring any contrary evidence. Till then, Kudos, Manasseh!!!

Nigel Giasie strikes with another AFCON revelation
3 minutes ago

Don’t compare E-block to our infrastructural development – N...
21 minutes ago