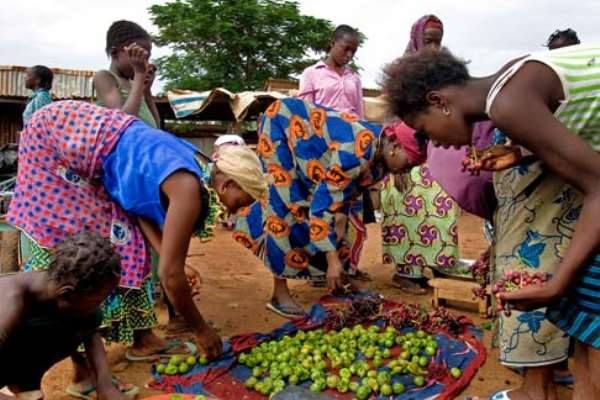 The relegation of women in the African cultures may be obvious, but in an environment for the "survival of the fittest", it is a matter of course that those who are not pulling their weight would lag behind.

Even as the traditional culture shielded women from doing the tough, rough, dangerous and adventurous work, women themselves wholeheartedly endorsed such arrangements for obvious reasons and liked the safer housekeeping as the better option and also keep their looks unblemished. Since the lot of traditional work in Africa has been non-mechanized, the men ended up doing them until recently that mechanization and computation have made work easier and safer to attract women too.

The big issue with women's work particularly in administration is connected with their MENSTRUATION. Menstruation is experienced by every female before they attain womanhood. Unfortunately, it is so avoided by African traditional culture generally as it is considered a game-stopper in everything spiritual! This is the reason for the near seclusion of women who are in their menses in the olden days as if menstruation was a contagious disease.

Whether or not the effect of menstruation is a myth or spiritual fact, the banishment from areas like the rivers, some parts of the palace, shrines, preparation of food for elders, etc. is taken seriously in the African soceity. The alleged repercussions on an offender could be any of the reproductive or other health problems and possibly death, depending on the compassion or atrocity of the offended god/goddess.

If the offence is detected, then the woman will be maded to pacify the god in question or cleanse the "contaminated". Some women who offend unknowingly usually take their chances with the gods and keep quiet to avoid the embarrassment with publicising their "period," however because of the communal life of Africans it is the belief that relatives of the offender could even be punished first for the offender to witness.

Traditional administration is therefore more comfortable with the woman when she is in her menopause. That's how come the "Old Lady" becomes the counsellors and consultants of the Chief's court. Up to now, even after the infusion and teachings of other religions in Africa, many are those who still cannot be sure of the safety of the spiritual effect of the menstrual blood.

Incidentally barenness is a stigma women do well to avoid in Africa, hence their acquiscense in all these unavoidable traditional policies vis a vis modern gender controversies