JymWrites: Nana Addo, His Naming Ceremony And The Change We Voted For 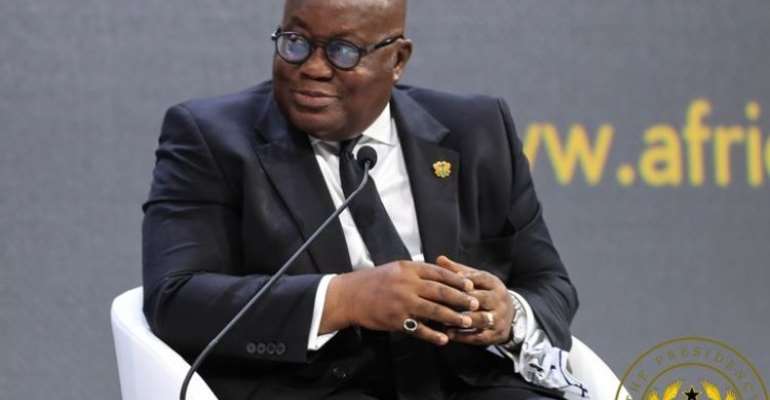 It was recently that our lawmakers decided to build a new chamber for themselves worth millions which lead to no developmental reasons. If not that the good citizens of Ghana stood against this action, our leaders would have started building a new chamber in the face of all the major issues facing the ordinary Ghanaian, denying them of the quality of life they deserved and would have carried on and build comfort for themselves.

There have been similar cases in the past where our government was seen misplacing priorities by focusing on party politics rather than developing the country in the interest of the majority. I mean how we even considered making French-speaking the country’s second language or building a new parliament house when bad roads are killing our citizens. If this is not considered as running the country in their own interest then I don’t think I know what all this political miss-priorities are.

It is as if our leaders are intentionally leading us from one pothole confused ideas to another or maybe they have no idea what they are doing; what the needs of this country are and how to even begin meeting them. They may have bitten more than they could chew and can’t admit it so they are trying to do something to prove they are working.

After the chamber was dropped, they are now relentlessly renaming Public Universities after their dead political figures whiles our education system needs serious attention and restructuring so that today’s graduates can come out and compete with the world which is rapidly changing. But their interest and time are rather spent on drafting bills to rename Public Universities.

This is our ‘vote for change’ government interfering with the academic communities menial reasons but not for the reason to change the curriculum so that students could catch up with the world but to change University names to people who are dead and gone, and we all know that this makes no sense at all. Here is the Nana Addo’s government trying to create a centralized admission system which will be subjected to all public universities whiles we want good roads, whiles the one district one factory campaign promise lie at the mercy of their political waves.

With this, they can appoint their family members and party loyalists to go and do exploits in the universities and make fortunes for themselves while’s quality is the problem. Why can’t the government just focus on what they need to do; policies, infrastructure development, building working systems, power supply and other things that are required for our economic growth and development. This is how they put their nose where they shouldn’t and didn’t realized the fault on the PDS deal and went ahead to hand over the sector to them.

Nana Addo and his so-called able men should better go back to the board and come again because this is not what he promised Ghanaians.