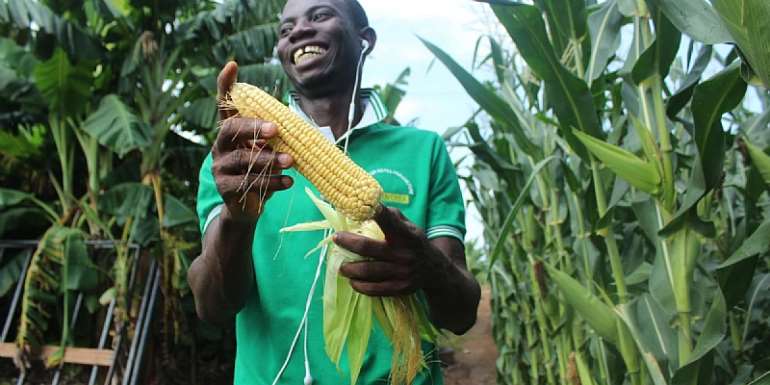 The Agriculture sector is arguably the most important section of any economy as this chunk of the economy is involved in the cultivation of crops and the rearing of livestock for both commercial and domestic purposes. According to the World Bank, a significant growth in the agriculture sector is two to four times more effective in raising incomes among the poorest households as compared to other sectors of the economy – about 65% of poor working adults made a living via agriculture in 2016.

By the projections of the World Bank, agriculture and agribusiness on the African continent will grow to be a $1trillion industry by 2030 if incentive structures are reviewed and implemented successfully. With this great potential, Africa still has arable land as there is a combined 200 million hectares of fertile land that is suitable for agriculture in Sub-Saharan Africa – this is about half of the world’s total and more than the cultivated area in the United States. Averagely agriculture accounts for 24% of GDP in Africa with agriculture related activities contributing to almost half of all economic activities in Sub-Saharan Africa.

Guinea-Bissau is also the third country in the world that heavily depends on agriculture - the agriculture sector accounts for 55.8% of the country’s GDP. Cashew is the only cash crop in the country alongside a fishing industry that serves the country – with a population of 1.8 million in 2017, about 85% of the country’s total population is engaged in the trading of cashew. The cash crop accounts for an estimated 80% of Guinea-Bissau’s foreign exchange earnings. High rate of extreme poverty seems to be a common characteristic for countries that are largely dependent on agriculture particularly low-income countries that make up the list of top ten countries in the world that heavily depend on agriculture.

Conversely, Tunisia is one of the few North African countries that have been self-sufficient with agricultural products like vegetables, fruits and dairy products for many decades. Output in agricultural products has peaked at 40% since 1982. With an economy that is growing at 2% per annum and a GDP of $40.26 billion in 2017, the agriculture sector makes a modest contribution of 12% to the GDP of the country. In 2018, the food processing sector accounted for 1,150 business entities of which about 20% of these enterprises produce only for export. According to the U.S Department of Agriculture (USDA) Foreign Agricultural Service (FAS), the production value of the food-processing sector in Tunisia is worth about $11 billion annually and the value is on ascendancy as the demand on processed foods continues to increase as a result of changing eating habits that favours processed foods. Even though the agriculture sector is performing creditably well in Tunisia, policies pertaining to the agriculture sector are heavily influenced by the European Union as a result of the EU-Tunisia Association Agreement that began in 1998. In recent times, negotiations for a Deep and Comprehensive Free Trade Area (DCFTA) between the European Union and Tunisia was launched in October, 2015 with another negotiating arrangement that took place in April, 2016.

Africa’s potential growth in agriculture can be realized if adequate investment is channelled to small and medium-sized agribusiness enterprises which in reality constitute the largest proportion of business entities that are engaged in agriculture and the related business activities. Over 60% of the population of Sub-Saharan Africa are smallholder farmers. According to the African Development Bank, the continent’s food import bill is estimated at $35 billion and expected to rise to $110 by 2025 even though the region has uncultivated land that is almost half of the world’s fertile land.

In a recent research paper that was published by McKinsey and Company in February, 2019 that was titled ‘‘Wining in Africa’s agricultural market’’ the paper pointed out where the critical areas for growth opportunities in agriculture is located on the African continent by focussing on cost competitiveness, growth in different countries, land expansion and farmer productivity. In order to realize the full potential of agriculture in Sub-Saharan Africa, an additional investment is needed that comprises of six times more improved seed, eight times more fertilizer, a minimum of $8 billion of investment in basic storage (this does not include cold-chain investment for horticulture or animal products) and $65 billion investment in irrigation.

Irrigation is underused in Sub-Saharan Africa as only 7% of farmlands are irrigated – this is the lowest proportion for a region in the world according to the International Water Management Institute. In light of this acute condition, the World Bank pledged to collaborate with the African Development Bank and other relevant organizations in this area to provide up to $9 billion to support the efforts of Governments in Africa in improving irrigation. Additional investment will also be needed to improve infrastructure such as electricity, ports, and motorable roads in the hinterlands. Even though the African Continental Free Trade Area (AfCTA) will allow to a large extent the free flow of agricultural products among member African countries, this may not be enough as policymakers should also implement policies that will support agribusiness, technology incubators and the processing industry in the agriculture sector.

Concurrently financial institutions can support the agriculture sector by offering technological innovation that will improve investment in home-grown agribusinesses. Capital markets have played pivotal roles in developed economies particularly in creating small-medium enterprises that operate in the agriculture sector – grooming start-ups into successful enterprises. Sadly venture capital in Africa rarely exists outside South Africa, where the financial market has the largest and oldest stock exchange in Africa.