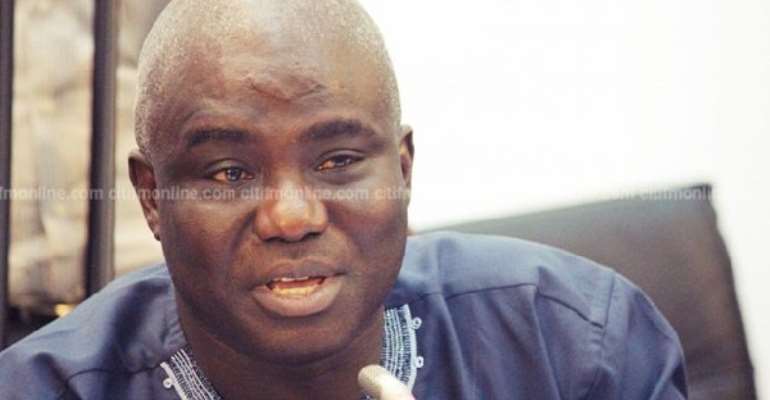 The Minority in Parliament has alleged that the New Patriotic Party government illegally paid $10 million to a private audit firm to probe cocoa road projects.

Eric Opoku, Ranking Member on Food, Agriculture and Cocoa Affairs made the allegation at a press conference held on Thursday.

“…What the Akufo-Addo government has succeeded in doing is to waste millions of the tax payer's money on illegally procured audits not sanctioned by the Auditor General. We are aware that $10 million has been paid to one of such illegally procured private audit firms owned by a member of Akufo-Addo's Council of State and at the right time, we shall make the chilling details available to the Ghanaian people,” he said.

The Akufo-Addo administration suspended cocoa road projects in 2017 for an audit over corruption concerns.

The Mahama administration was among other things, accused of awarding over 230 different road contracts to the tune of GHc3.5 billion under the project, to the detriment of COCOBOD’s finances.

The government has since lifted the suspension and has said contractors are being supplied funds to resume work on various projects.

At the press conference, the Minority questioned why “after almost three years in government, not a single official of the erstwhile Mahama administration or a single contractor has been indicted for any inflated, fraudulent or ghost cocoa road project.”

The Minority also warned that it shall hold the COCOBOD CEO “responsible for any financial loss in the area of cocoa roads in the future.”

In response to the allegations, Fifi Boafo, a Communications Manager at COCOBOD, while speaking on Eyewitness News justified the need for the audit of the cocoa roads.

“For example, if a road was initially set to cost about $17 million but ballooned to about $100 million and you take over as management, you won’t want to just go ahead without asking questions.”