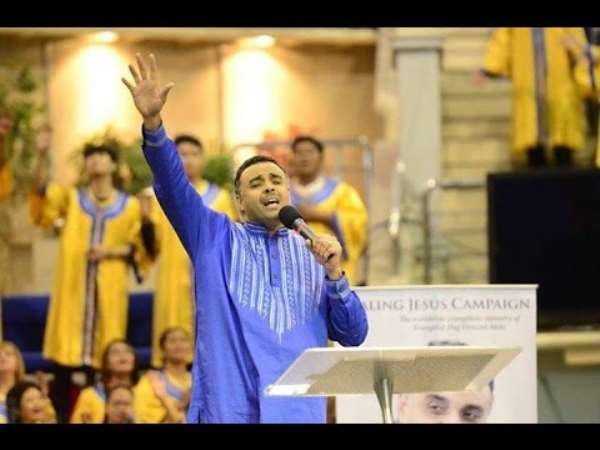 The primary purpose of this article is to remind fellow African compatriots about the imperative need for embracing positivism and empiricism rather than miracles, metaphysical nonsense and naked banality towards our developmental aspirations. As I was hovering between hope and apprehension over the flooding of my 2012 Chevrolet Malibu at the workplace, I resolved to visit myjoyonline.com, Ghana’s most prestigious News portal. “Bishop Dag Heward-Mills is the center of attention in Namibia, following reports of miraculous crusades in the southern African country this week. The Presiding Bishop of the United Denomination -originating from the Lighthouse Group of Churches- is in Namibia holding campaigns in four cities. Reports say so far, campaigns held in Katima Mulilo and Rundu, both in the northern part of Namibia, have seen the blind see, the physically-disabled walk amid the massive crowds. Testimonies from those who have attended the crusades about the miraculous works of the renowned Ghanaian evangelist and megachurch pastor are dominating the headlines from his Healing Jesus Campaign in Namibia” (Source: MYJOYONLINE.COM, July 16, 2019). Any nation with a sizable number of the population believing or waiting on miracles risk having its economy heading towards a tailspin. If Bishop Dag really healed the blind, then that is a piece of good news, even so, I cannot really fathom why Namibia when his Anagkazo Bible school is not far away from Akropong School for the Blind and Mampong School for the Death, all on the Akwapim Ridge of the Eastern Region of Ghana. We must also beware of flattery!

The ancient Greek former slave, and the most sagacious Fable guru, Aesop told us a story to be mindful of flattery. A fox was taking a stroll in the forest when he saw a Crow with a fine piece of cheese in her beak sitting on top of a tree branch. The fox wanted the cheese and decided he must be smart enough to outwit the bird. “What a noble and gracious bird I see on the tree, proclaimed the Fox! What an exquisite beauty! What an amazing fair plumage! If her voice is lovely as her beauty, she would no doubt be the jewel of all birds.” The Crow was so flattered by all these compliments that she opened her beak and gave a cry to show the fox her voice. “Caw! Caw! She cried as the cheese dropped to the ground for the fox to grab. Aesop is telling us to beware of flattery. Most journalists are making African preacher men becoming the most dreadful residue of wanton turgidity and embodiment of spiritual banality to their unsuspecting followers portraying them as above their creator. I guess even if a miracle really happened, God must be mentioned first before the preacher man. Koo Nimo, Nobi so?

Again Koo Nimo, I am not nagging with mortifying groans over a bishop's stride in the Christendom. As Socrates intimated, I am only a midwife who does not assist pregnant women in delivering babies but assisting my client by name common sense to safely beget her son by name "critical thinking" I knew with perfect certainty that among the Charismatic Christian fraternity in Africa, Lucifer is elevated above God because any Christian critical thinker is working for Saturn; to wit; God believes in absurd and ludicrous tactics while lucifer believes in logic and critical thinking. St. Augustine of Hippo and the Greatest medieval philosopher dreamed having an affair with his mistress, and he was happy to thank God he was not in charge of his dream. As a Bishop, if he was in charge, it meant he was guilty. I am dreaming that 1980s charismatic teachers are heading Ghana into a prolapse by luring their followers to believe in miracles rather than a scientific approach to epistemology (Acquisition of knowledge). Perhaps, they really have no intention to do that it could be an honorable error! What is the proposition for miracles?

David Humes was a Scottish philosopher born into a modest family in Edinburgh in 1711. Humes objected (opposed) to the idea of miracles and labeling them as a violation of the natural law. He opined that the only evidence to support a miracle is witness testimony, whereas data to support the natural law is obtained through the uniform experience of people over time. Thus, the miracle witness testimony must supersede the evidence for the law of nature. Why miracle witness testimonies from Namibia ring a bell?

Namibia has the unfortunate history of having been subjected into the ignominy of colonization by two foreign powers; Germany from 1815-1915 and south Africa 1915 to 1989. Under the leadership of Van Trotha, Germany pursued the most loutish and the most vulgar face of extermination bereft of semblance of any legitimacy against the autochthonous Namibians. Inhabitants of the foregoing colony were encumbered with the gratuitous apartheid system from South African colonial masters. Namibian independence was achieved in 1990 under the auspices of the UN security council resolution 435. Up to date the Africans in Namibia are staggered under serious economic burdens as compared to the German inhabitants. Most of the rural population have been diagnosed with some psychological disorders (American Psychological Association [APA Division 52, international perspectives in psychology], 2018).

Relationship Between Miracle and Mental Health.

Some of the rural Namibians suffer from psychosis, schizoaffective disorder, and schizophrenia which make them to reveal symptoms of auditory hallucination (False sensation), delusion (false beliefs), and paranoia (Suspecting that some people will harm them), and grandiosity (boasting to be what they are not). Some of them blame themselves for any misfortunes. Some suffer from insomnia and hypersomnia. The neurotransmitter in the human brain is an agent of communication between the nerves. The dopamine and serotonin in our brain assist the neurotransmitter in carrying information effectively. Any damage to the dopamine and serotonin will have implication on the individual in the form psychosis or schizophrenia making them lose touch with reality. It does not support the proposition that a lack of serotonin or dopamine is responsible for mental illness. Mental illness causes must be traced from biopsychosocial stance. It has been extremely difficult to distinguish between cases such as major depression, persistent major depressive disorder, specified and unspecified depression from bipolar disorder. Evidence-based psychopathological data claims that bipolar disorder is always misdiagnosed. Preacher men must be aware of the cognitive status of those claiming they are healed during crusades, and not be flattery that God is using them.

Many psychotic, schizophrenic, and schizoaffective clients could easily accept that something has happened to them, while the contrary is the case. They normally have dreams of a holy angel visiting them! Hyper-religiosity is not an uncommon symptom among the above-mentioned clients. Though miracle is not a bad thing, religious leaders must endeavor to know the mental status of their unsuspecting clients. Bishop Dag Heward Mills has physical attractiveness, so any mental health client could ingratiate and present false witness testimony to validate his/her thinking about God (hyper-religiosity). It is not far from possibilty for a psychologically maladaptive church member to believe of having a husband as handsome as her bishop Dag. Auditory hallucination and delusion could be misinterpreted to be a voice of God. This perspective is supported by trait activation theory, which states that individuals put forward a strange behavior when confronted with trait-relevant situational signals in social interactions. Bishop Dag-Heward-Mills must go to Akropong School for the blind or Akwapim Mampong School for the deaf and heal them! Then there we go that real miracle is happening! Shalom!!!

Nana Yaw Osei is a US-based PhD candidate and a mental health practitioner at an intensive residential treatment services for psychiatric clients in Minnesota. He is a registered member of American Psychological Association, Division 52: International Perspectives in Psychology. He is also a member of International Honor Society in Psychology (PSI CHI).