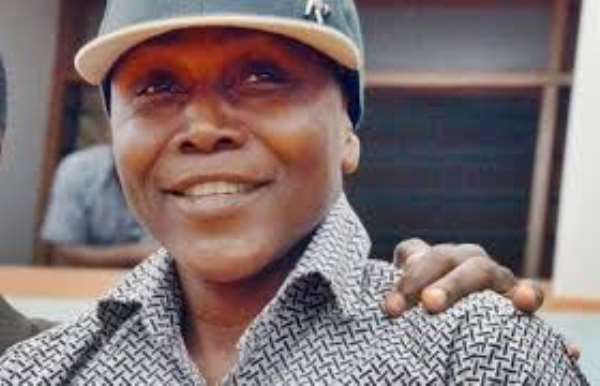 To fully appreciate the intricate dynamics of the Adams Mahama Assassination Saga, which began shortly before March 2015, if memory serves this writer accurately, and in particular the rather fraught circumstances directly precipitating the assassination itself, culminating in the arrest of Mr. Gregory Afoko and the three-year manhunt for Mr. Asabke Alangdi, the prime suspect’s accomplice, who had taken flight with his baby-nursing or breastfeeding wife, leaving behind the baby, the very same night of the fatal acid-dousing of the victim, that is, the then-Upper-East’s Regional Chairman of the then main opposition New Patriotic Party (NPP), it is significant to establish, beforehand, the fact that Mr. Gregory Afoko is not a “political prisoner” in the typical or classic sense of the use of the term. Not by any stretch of even the most flighty or poetic imagination or sensibility.

Yes, Mr. Gregory Afoko is a criminal suspect in a clearly politically motivated killing of a prominent member of the Upper-East’s branch of the then Candidate Addo Dankwa Akufo-Addo-led New Patriotic Party. The slain man was also widely known to be a staunch Akufo-Addo partisan, just as the prime suspect and his nationally renowned elder brother, Mr. Paul Afoko, the powerful National Chairman of the New Patriotic Pary, were widely known to be openly hostile to the presidential ambitions of Nana Akufo-Addo. We also need to vividly recall, at least for the benefit of readers who were a bit too young to have sedulously followed the tense and violent events leading to the cold-calculated assassination of the slain man. And on the latter count, of course, I am referring to the factional clashes that ensued at the NPP’s Bolgatanga Headquarters between partisans of Mr. Adams Mahama and those of Mr. Paul Afoko, who had immediately preceded the former as the Upper-East’s Regional Chairman of the New Patriotic Party.

In the aforesaid clashes that ensued at the party’s Bolgatanga Headquarters, the factional supporters of Mr. Paul Afoko had, reportedly, been led by the latter’s younger brother, Gregory, a man who already had a criminal-conviction record for an offence allegedly of a violent nature and was also widely known to have served a jail time/term. Now, what this clearly means is that going into the violent clashes that directly precipitated the brutal murder of Mr. Adams Mahama, at least as meticulously pieced together by police investigators at the time, Mr. Gregory Afoko was essentially doing what he had been known to routinely do and had even earned a criminal conviction for the same.

We must also recall the fact that shortly after the aforesaid factional clashes, in which Mr. Mahama’s supporters carried the day, the extant Upper-East’s NPP Chairman had written and published a press statement in which he bitterly complained that the unsavory clashes that resulted in Messrs. Afoko and Kwabena Agyei Agyepong, Party Chairman and General-Secretary, respectively, sustaining some bruises, according to news reports, had been deliberately provoked by the latter two gentlemen whose gross exhibition of disrespect for Mr. Mahama, the NPP’s authority in charge of the Upper-East Region, had engendered such mayhem.

In what clearly appeared to be a mature politician’s call for reconciliation as a prelude to the steely preparation by the then main opposition New Patriotic Party for a massive victory come Election 2016, Mr. Mahama decried the aforesaid clashes and presented the symbolic gesture of an olive branch as the only most intelligent and constructive and progressive way forward. But, predictably, at least Mr. Paul Afoko would have none of it. The brutal slaying of a conciliatory Mr. Mahama came about a couple of weeks later. The issue around which all hell appeared to have been let loose concerned the right of the NPP’s National Chairman and his General-Secretary to collect party dues and issue saleable ID cards to the Upper-East’s membership of the New Patriotic Party, as a means of raising funds for the party’s Accra National Headquarters, without the express knowledge and/or approval of the man who, according to party statute, was in charge of such activity in the Upper-East Region.

We must also significantly point out that the Afoko Gang, which also included Mr. Sammy Crabbe, the then Second-Vice Chairman of the NPP, who literally brought up the rear of the Afoko Gang, had been strategically scheming and using the party’s financial resources, at least that was the widely held party opinion, to hamstring the Akufo-Addo Presidential Campaign so as to ensure, the rumor went, that the former Attorney-General and Foreign Minister never acceded to the highest office of the land. That way, the main internal rivals of the Akufo-Addo Faction of the NPP were alleged to have reasoned, the “natural heirs” of former President John Agyekum-Kufuor, as widespread rumors had it, would then smoothly come into their own, and with it, the natural order of party leadership would have been firmly and permanently reestablished. It is strictly and squarely against this background that the question of whether in reversing Mr. Gregory Afoko’s bail grant, Justice Merley Afua Wood had flagrantly violated the inalienable right to freedom of the prime suspect in the brutal assassination of Mr. Adams Mahama ought to be posed and assessed.