To Build A Chamber Or A Pot? 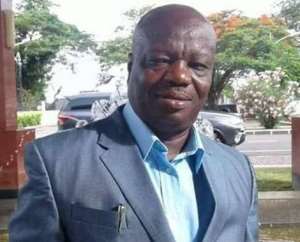 No matter how true a proposition is, if it is not fully, frequently and fearlessly discussed, it will degenerate into a dead dogma and not a living truth (J.S Mill, sourced from Politics In Ghana, 1982-1992, Mike Ocquaye Prof.)

I was in my Holy Village last week which has one of the worst roads in the Ahanta West Municipality. This road leads to Cape Three Points, the southernmost part of this country and very popular because of the oil find. My people have been cut off from the municipality and by extension the rest of the country. For the communities along the seashore, they have resorted to the use of canoes to Dixcove before they can have a ride to Agona Ahanta, the capital.

Pardon me for this small diversion. Yes, as I was saying, it was a funeral that sent me there. I have this uncle in his late 70s who dropped out from the Middle School of old but so interested in politics and its related issues. Each time I travelled to the village, he would want to have time with me for discussions outside the family issues. His discussions would dwell on the politics and the economy of Ghana, making references to his era when he had jobs to do even though he dropped out of school.

He once confessed that if the free SHS had existed in his era, he surely could have tried to access it and he believes his circumstances would have changed for the better.

This time his concern was on the noise about a certain chamber and he asked me what the chamber affair is all about. He asked, “Are the Members of Parliament (MPs) living in a hall which is too small such that they need a chamber?” He added, “If some of us live in one chamber which also serves as a hall then the MPs cannot live under the same conditions.” I laughed and explained what it is to him. He understood but added that “but I see where they sit in Parliament on the TV; it is big and spacious, why do they need a new one,” raising concerns about the road which leads to the village.

Over the past few months, Ghanaians have expressed their views over major issues which have major political implications for the sustenance of our democracy. The results of the recently organized research by the Political Science Department of the University of Ghana on how Ghanaians see their MPs and the decisions they are likely to take on them come the year 2020, shook our MPs to the marrow.

No matter the flaws and the misconceptions underpinning the research and its final findings, it is a significant expression of the views of the voters and their expectations of the general populace from their political leaders, at least at the time it was organized. The days when voters limited their power to the voting days are gradually waning and their stead, are the high levels of expectations to see improvements in their lives.

Predictably, our MPs were not happy with the outcome of the research since the voices of the people were not pleasing to their ears. It was not like a portion of a Methodist hymn 'how sweet the name of Jesus sounds in the believers' ear'. We are in an era when the citizenry connect their social and economic status to governance and because their direct link to politicians are the MPs whom they know in person and voted for, he or she is the first point of blame or praise depending on the situations of the voters. In fact, there will always be the group of people who may never be satisfied no matter how well the general situations might be.

For me, that research should rather be a wake-up call to MPs to improve their interactions and communications with their constituents rather than rubbishing it. If the outcomes of the study are the true reflections of the people, no amount of condemnation or denunciation of the researchers or the outcomes will change the views of the voters.

Hardly had this controversy died down did the issue of the building of a new chamber to be used as Parliament surfaced. Prof. Mike Ocquaye said in his book 'the opposite of wealth is poverty and just as it has been observed that advanced social prosperity promotes democracy, so has the warning been sounded that social stagnation militates against democracy'. My understanding of this is that when the material and social needs of the people are provided under a democratic system, the concept of democracy becomes a past time activity for the majority of the people. However, if the main actors, namely the electorate, have a stagnant life, then democracy becomes very fragile.

The reaction of Ghanaians to this proposition by the Parliamentary Service Board, which even MPs have distanced themselves from, is an indication that Ghanaians are no longer ready to accept glamorous projects that tend to serve the comfort of those elected and empowered to harness, husband and prudently manage the nation's resources in the collective interest while the basic things the citizenry require to live with as human beings are denied them.

I believe and believe same that majority of Ghanaians who are opposed to the proposed construction of the parliamentary chamber are happy that their MPs from the political divide are also opposed to the projects. The reasons for the opposition by the MPs may stem from the fact that they are very worried about the deteriorated basic infrastructure in their constituencies and would rather, if they had those resources, invest them in school blocks, furniture, CHP compounds, roads and what have you.

From the MPs who have spoken on the matter, both outside and on the floor of Parliament, they were unaware of the project. I would, therefore, credit the Speaker of Parliament for his efforts to secure the funding from India as it is in the public domain. He was Ghana's High Commissioner to India under President Kufuor. He negotiated the funding for the Jubilee House which now houses the presidency. Apart from the opposition from the National Democratic Congress (NDC) then, Ghanaians generally were not opposed to the project because we all accepted that the colonial slave Castle was not good for our presidency.

I am sure his son, Mike Ocquaye Jnr, is following his father's efforts or advice and known connections to do something for this country. Sadly, the target project is a wrong choice at this point in time. At a time when this government is confronted with a dearth of weak infrastructure and shortage of same in many cases, to create any impression that one arm of government is unduly being pampered to the exclusion of the general needs of the populace will face mass resistance.

There is a perception out there that the two arms of government – the Legislature and the Executives – are being taken better care of than the Judiciary. That the Chief Justice recently closed down a number of courts in some parts of the country is an ample testimony to this. Courtrooms are so poorly ventilated and basic toilet facilities are absent on the premises of most courts throughout the country. Admittedly, Parliament is the epitome of real democracy but not a justification to milk the resources of the nation. It is about time we investigated Parliament's budget in its totality.

It is good the chamber has been dropped.

Daavi, the weather is very chilly, just four tots of the bitters.