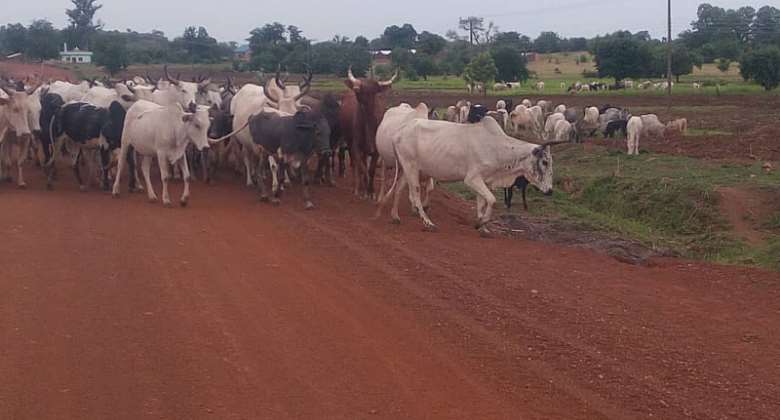 For the past few weeks, the most controversial issue being discussed by laymen and experts alike is the proposal by the federal government that states should donate lands across the country for the establishment of cattle colonies.

From all intent and purpose, the policy might have been necessitated by genuine concerns to end the incessant clashes between nomadic herdsmen and farmers, which has led to the loss of lives and property for about since President Buhari took office in May, two thousand and fifteen.

In all modesty, the herdsmen-farmers clashes have been endemic in Benue, Plateau, Taraba and the entire Middle-Belt of Nigeria. The place is fondly called the “Plateau of blood”.

There is no denying the fact that cattle-rearing is a private occupation, and unlike crude oil which contributes to Nigeria’s foreign exchange, monies accruing from cattle goes into individual pockets. By this very fact, cattle-rearing ordinarily should not evoke sentiments of national magnitude.

It is logical to assert that if the revenues accruing from the sales of cattle are raked into private pockets, government has no business making a policy that compels states to donate land for grazing.

Besides, the cattle colony proposition will intensify herdsmen-farmers clashes with their attendant destruction of lives and property.

In the past such clashes had taken the dimension of “ethnic cleansing” as was evidenced in Benue state, the plateau of blood and the South-East.

In most Nigerian communities, in spite of the existence of the Land Use Act as amended, land is managed by families and communities. Land is regarded as sacred, hence customary practices demand that community lands are neither sold nor transferred.

Modern agricultural practices do not support the idea of open grazing or the establishment of “cattle colonies”. In countries like Australia, South Africa and New Zealand, cattle or cows are kept in ranches and bred. With improved feeding and adequate healthcare, cattle in such confined spaces exhibit superior fertility behavior.

Agricultural scientists hold that open grazing of cattle is obsolete in countries where beef is mass produced for export. Such countries earn huge foreign exchange on account of animal husbandry.

The use of improved cattle feeds coupled with proper hygiene results in high reproduction of cattle which are kept in ranches.

Considering the controversy caused by the “cattle colony” debate, it is timeous for the federal government to look at alternative means of rearing cattle predominantly as a major occupation by President Buhari’s kinsmen – the Fulani folks.

Most analysts have elevated the argument beyond the conflict scenario generated by the several bouts of clashes between herdsmen and farmers. Some are of the school of thought that the “cattle colony” dummy is a veiled attempt at Islamizing the country. This argument is borne out of the fact that Nigeria is a member of the Organization of Islamic Countries, OIC and the sworn affidavit to fulanize the nation is becoming obvious.

The Fulanization hypothesis appears plausible because it would be near impossible to live peacefully with farmers anywhere in Nigeria without clashes. Another angle to the argument is that wherever the herdsmen go, they are accompanied by the Koran, waving Muslims who could precipitate crisis of religious colouration and this will pose a grave danger to lives and property.

The RUGA palaver may not subside soon. Already the federal government has earmarked huge sums of money for that ill-fated project.

Essentially, no developing economy has relied on the sales of cattle and there is every need to emphasize industrialization and innovation as veritable catalysts of development.

Indeed the RUGA project smacks of economic retrogression, a leap to stagnation and this portrays Nigeria as a nation that is not in a hurry to develop. With RUGA, Nigeria will tangentially miss a huge opportunity at accelerated development.