Living In The World Of Uncertainties: The Odds Of Multi-Party Democracy In Ghana! 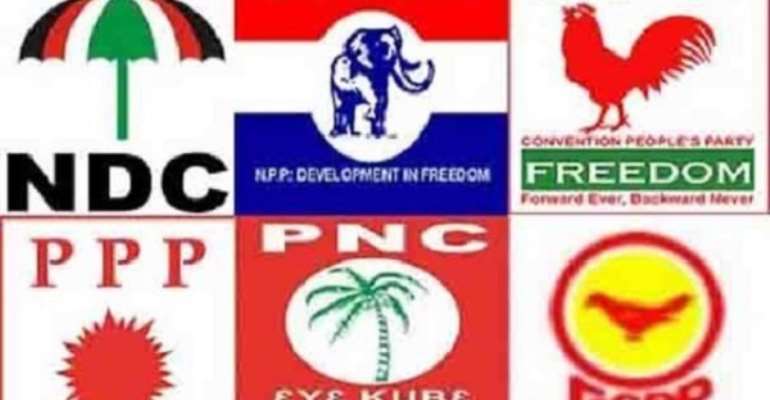 The world is created and I belong to a place called Ghana; the elder is respected, a priest is born to serve as a link between the gods and the living. The forest is protected; the water is not polluted, because they are sacred. The animals are not hunted indiscriminately; children respect the elder, no one’s steals – because the gods will haunt you. Sex is only meant for the adult and no one will want to be associated with the opposite in other not to be mocked as having illicit affairs.

The child runs to the crowd and announces the coming of a creator who is like man. He arrived as a guest; preach what is evil, trick to help as trade and develop. Firearms were then introduced and slavery became lucrative and hence colonization. After several years of exploitation, murdering and destroying our rich cultural values and tagging our ways as evil, they have however, seen nothing wrong with our natural resources as they exploit us and continue to do same.

Sadly, the very institutions that were significant during the colonial days have become insignificant. The legacies of colonialism among which include; inter-tribal warfare; exploiting of natural resources and weakening of norms one may argue that the introduction of religions, science, formal education and multi- party democracy has been appreciative. I however beg to differ, because our forebearers will not have fought hard so far to liberate us from colonial shackles.

The big question; does Ghana needs democracy to develop? After practicing multi-party democracy since the return of constitutional rule in 1992, why does maternal mortality, rise in crime, poverty, hunger, corruption, widening inequality remain the common features of Ghana our motherland? We cannot applaud ourselves as a people if democracy has become a business firm for lobbyist and parties to accrued wealth while those they claimed to represent are dying from bad roads, communicable diseases and shattered dreams because they are no support system for people to succeed.

We must begin to call a spade a spade; multi- party democracy is not a panacea for development, it has become a foreign policy tool for the developed world to further divide and exploit our dear nation as well. This is not to say, militarism is welcoming; the realities must be only acknowledged from us to begin to do the rights things or we perish as a country.

A country like Ghana, blessed with multiplicity of natural resources ranging from forest resources to bauxite to salt; oil to timber; cocoa to coffee; water to rocks; manganese to iron; gold to shea, and many more. Yet the timber is exported in raw state to provide peanuts from foreign earning while children in school cannot get set of furniture. Malnutrition is killing children at all level while the West buys our cocoa and gives us little. With the discovery of oil, the hopes of Ghanaians were high, but that has become like “resource curse”, since cost and benefits is atrocious.

We must put our heads down in shame as we continue to defend party officials of crimes they have committed; the worse experience is a snail pace in getting justice for all the unprovoked murder cases in Ghana. Multi- party democracy should not send us to the dark ages. Worryingly, the youth of today who claims to belong to political parties without understanding the ideologies and manifestos of the party the associate themselves with now spend their whole times in party offices instead of working hard to develop their skills and potentials. While our colleague youth in elsewhere are elected presidents and prime ministers, we in Ghana are second fiddles and does praise singing of political big wings as we regard them as political god- fathers.

The only way out as a country is for national awakening where the spirit of patriotism and nationalism must not just be a mouth saying, rather backed by sense of sacrifice, discipline and effective institution. What happens to national pride? Have we forgotten how people died for Ghana? Let us rise up and defend our motherland!