Bravo President Trump! You Are Great! 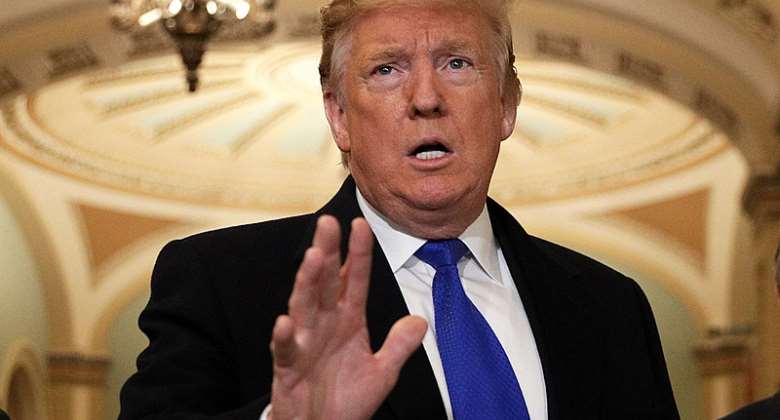 Kumasi, 21 June, 2019, - The decision of President Donald Trump to stop US air strikes on Iran in the nick of time, following the downing of United States' spying drone, should tell the whole world that my description of the American President as an "epitome of a successful human being in our present day world" is true, not withstanding whatever any person says.

The New York Times reported: "President Trump approved military strikes against Iran in retaliation for downing a surveillance drone, but pulled back from launching them on Thursday night, after a day of escalating tension. ....

"Officers said the President had initially approved attacks on a handful of Iranian targets, like radar and missiles batteries. The operation was on the way, in its early stages when it was called off."

Planes were in the air and ships were in position, but no missiles had been fired, when word came to stand down, another, Official said.

President Trump said he stood down the attack when he was told that about 150 people would die. He said that would not commensurate with the destruction of an unmanned drone. "We did not have a man or woman in the drone. It would have made a big, big difference."

This Writer had written an article; "Wait A Minute: Big Brother Trump" ( you may google it) in which he praised President Trump for having the temerity to go ahead to implement his platform.

President Trump by this action has proven to the whole world that he values human life. He did not behave like the Ghana Police, who caused the death of 126 Ghanaians for destroying 504 plastic chairs at the Accra Sports Stadium on 9th May, 2001.

This Writer is appalled with the coverage of the activities of President Trump by the anti-Trump media in the US. Wherein lies the "the fairness and objectivity that we were taught at our journalism schools.

T-Bills holders will be paid full value of their investment ...
22 minutes ago