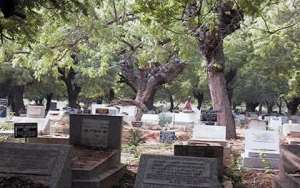 The corpse of a man buried three months ago at Moseaso Public Cemetery, near Anyinam in the Eastern Region cannot be found in the grave.

The remains of Kwadwo Oduro is suspected to have been stolen together with the clothes and other items buried with it by the family.

Deputy Superintendent of Police (DSP), Ebenezer Tetteh, the Eastern Regional PRO said, upon a report made by Nana Twumwaa, the queen mother of Moseaso and Abusuapanin Michael Acheampong also of Moseaso, the police went to the scene to investigate the incident.

He said Police detected that about 50% of the graves in the Moseaso cemetery had been dug out by some unknown persons.

DSP Tetteh said photographs were taken of the scene but as at now, no suspect had been arrested.