Are Muslims Victims or Promoters of Terrorism? 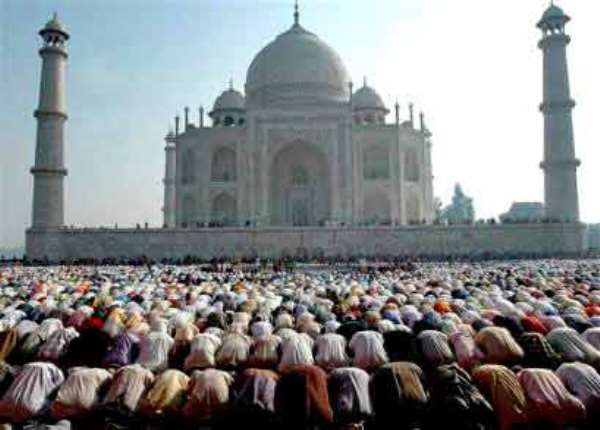 Every religion in the world has had some sort of dark episodes in its history. Interestingly, these dark episodes had elements that could be akin or likened to acts of terrorism. Christianity — one of the Abrahamic faiths and the world’s largest religious group— has been associated with acts of terrorism in the past and this still continues even today. Not surprising atheists view all religions as evil and violent.

During the dark ages and its immediate aftermath, some adherents of Christianity used the name of the religion to perpetuate violence against humanity. Mention can be made of the crusades, the Spanish Inquisition, the Anti-Jewish Programmes among others.

The “Anti-balaka” groups in the Central African Republic who were mainly Christians destroyed nearly all their country’s mosques during the years of unrest in that country.

In Uganda, the Lord’s Resistance Army was a violent quasi-religious movement that mixed aspects of Christianity with its own spiritualism and was noted for its guerrilla warfare operations in that country.

In this modern era, we still have some Christian groups like the Ku Klux Klan who carry out countless arson and bomb attacks on abortion clinics in the United States of America.

Recently, Brenton Harrison Tarrant who was charged for the March 2019 attack in New Zealand where over 50 innocent people lost their lives seems to see his murderous and violent act as a noble Christian cause, having quoted Pope Urban II’s call for crusades: “Let our lives be stronger than death to fight against the enemies of the Christian people” in his manifesto.

Despite all these examples of terrorism in the name of Christianity and the many others of other religions I have not taken the time to enumerate, today, when you hear the word “terrorists,” what comes to mind?

Why has the word “terrorism” become the byword for Islam, even though 94 percent of terrorist attacks carried out in the US from 1980 to 2005 were by non-Muslims while only less than 2 percent of the over one thousand terrorist attacks that occurred in Europe in the same period were religiously inspired?

The irony in this complex debacle is that Muslims have suffered mass casualties at the hands of terrorists more than any group in the world.

According to data from the Global Terrorism Database — perhaps the most respected collection of data on terrorist attacks worldwide — Muslims are the most likely victims of terrorists’ attacks.

Anthony Cordesmon of the Center for Strategic and International Studies also asserts that: "Almost all of the human impact of extremist attacks is Muslims killing or injuring fellow Muslims.”

And he’s absolutely right. In Somalia, where as many as 98.9 percent of people are Muslim s, terrorists carried out over 359 attacks in 2016 alone .

This brings into question, what are the motives of terrorists who kill innocent people in the name of religion?

Muslim’ terrorists if I should call them so, are committing acts of terror in the name of Islam supposedly to further the cause of Islam, yet their victims are mostly Muslims. How come?

At this stage, let’s take a look at some studies that have been done about the underpinning motivation of people who carry out terrorist attacks;

Gallup carried out the biggest poll of Muslims after 9/11 — in 35 Muslim majority countries. The result showed that 93 percent of Muslims do not support extremist views of terrorism.

After his evaluation of 4,600 terrorist incidents, Professor Robert Pape, a political scientist at the University of Chicago and founder of the Chicago Project on Security and Terrorism, also concluded that: "What 95 percent of all suicide attacks have in common, since 1980, is not religion, but a specific strategic motivation to respond to a military intervention, often specifically a military occupation, of territory that the terrorists view as their homeland or prize greatly."

His views appear to reflect in what’s happening in the world today. The world has seen series of wars waged by western interventionists in many Muslim majority countries such as Kosovo, Libya, Syria, Iraq, Afghanistan, Yemen, Bosnia, Palestine etc, which in the end act, as a recruiting sergeant for terrorists and radicalisation.

Given the growing destabilisation of many Muslim majority countries, it is natural that we will see some isolated attempts by those affected by these wars to violently react. However, it will fall short of logic to describe such attacks Islam sanctioned Jihad.

For instance, some independent analysis of people who have carried out deadly attacks proclaiming to be Muslims have revealed that most of them are not true adherents of Islam.

According to a classified briefing note on radicalisation , prepared by MI5’s behavioural science unit — the United Kingdom's domestic counter-intelligence and security agency—“Far from being religious zealots, a large number of those involved in terrorism do not practise their faith regularly. Many lack religious literacy and could actually be regarded as religious novices,” adding that “a well-established religious identity actually protects against violent radicalisation”.

These revelations may sound bizarre and contradictory to popular belief of mainstream media, but these revelations are products of carefully done studies. Here is analysis of some perpetrators of extremist attacks in recent times. Take your notepad and jot down your own notes and pass judgement on whether or not they fit into the frame of Islam which expects its adherents to strictly adhere to some moral principles:

These revelations are not to whitewash Islam but to paint a picture that most of these perpetrators are not “real” Muslims and that Islam is irrelevant to their violence. It's also to drum home that perhaps, it’s time we stopped whipping up Islamophobic sentiments and disentangled religion from terrorism.

What Islam Teaches About Religious Tolerance

Contrary to popular belief, there is a massive body of scholarship in Islam that talks about how Muslims should live with people of different faiths and beliefs most especially among members of the Abrahamic religions — both from the Quran and the life example of the Prophet Muhammed (Peace and blessings of Allah be upon him).

For instance, the Quran reveres Jesus as a major prophet and praises Christians as being among the “ People of the Book .” It’s in this light that Muslims often name their sons after Jesus, who they call Isa. The Qur’an teaches that Jesus performed miracles, was born of a virgin, and will return again as Messiah. However, Muslims do not belief in Jesus as the son of God or belief that he died on the cross for the sins of mankind.

Prophet Muhammad offered Christians protection from persecution both in his “constitution of Medina” and his “covenant” with the monks of Mount Sinai.

More recently, the Marrakesh Declaration, signed by more than 250 Muslim religious leaders, scholars, and heads of state in 2016, declares it “unconscionable to employ religion for the purpose of aggressing upon the rights” of Christians, Jews, and other minority communities in Muslim-majority nations.

In sum, it’s true that Islam — just like Christianity — is not a monolithic faith. There are many sects of Islam with some of them having slightly differing doctrines, theology, and schools of thought and laws, but broadly, what unite all Muslims are more than the little things that divide them. The major unifying factor is that the foundation of the religion is peace. It is not by chance that 5 out of the past 12 Nobel Peace Prize winners (42 percent) have been Muslims.

As we celebrate Eid ul-Ftr, it is my prayer that Allah grant more peace to the world, heal the sick and grant relief to the numerous Muslims who are under subjugation in Rakhine State; Myanmar, as well as those in concentration camps in China among others.