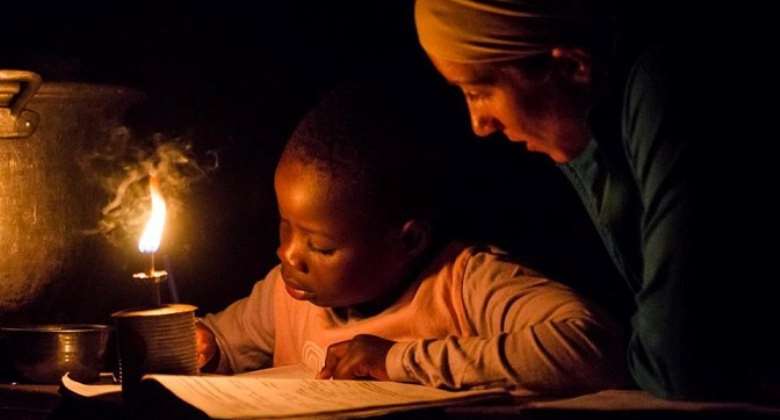 Many rural places in Africa have no access to electricity

Two in three people in sub-Saharan Africa, a continent with no less than 600 million people, do not have access to electricity. In some countries, such as Malawi, Kenya, and Tanzania, 80% of the population lives without light.

Therefore, it worth to ask, without giving maximum priority to energy in Africa, how can the sectors of education, transportation, infrastructure, and job opportunities experience growth?

It is estimated that an investment of US $ 385 billion is needed if the continent is to have full access to electricity by 2030. This is the key moment for Africa to make a leap forward in eradicating misery and, of course, represents an immense opportunity to the world.

"No single source will be adequate to overcome Africa's energy deficit, a combination will be needed to provide safe, accessible and sustainable energy to Africa's growing population and to fuel the development of manufacturing and industry," says GE's global president Jeffrey Immelt.

One of the results of these initiatives is the partnership with GE Africa, which launched the Out of Network Energy Challenge, aimed at the electrification of rural areas.

Although the continent has abundant resources of natural gas, its sources are not always in places equipped with generators of energy.

In Nigeria, a plant has adopted a combination of technologies called virtual pipelines, which consists of transporting compressed natural gas by trucks.

In Kenya, small energy companies use natural resources like biogas derived from agricultural waste. Both cases originate from public-private partnerships.

As for supply, side demand, which is demand-driven, the best response is distributed energy, that is, the use of decentralized and agile generation systems, which can be installed within a few weeks and can scale, even in relatively remote areas.

An example of this is GE's aero-derivative gas turbines, which also respond adequately. In addition to easy installation and to follow the scale of the businesses to which it is coupled, local power generation does not depend on transmission infrastructure and it is possible to be acquired by renting, not buying, equipment.

At the present stage, it is not enough to offer African countries products. GE has tripled its revenue in Africa since 2011 and now has 2,300 employees in 30 countries across the continent.

The company has partnered with African Leadership Academy, a South African-based entrepreneurship school, to offer scholarships and professional development opportunities to students across the continent.

Other projects include a school to train talent for the oil and gas industry in Angola. Through partnerships with local companies, GE supports and trains a supply chain, which has a multiplier effect on the economy.