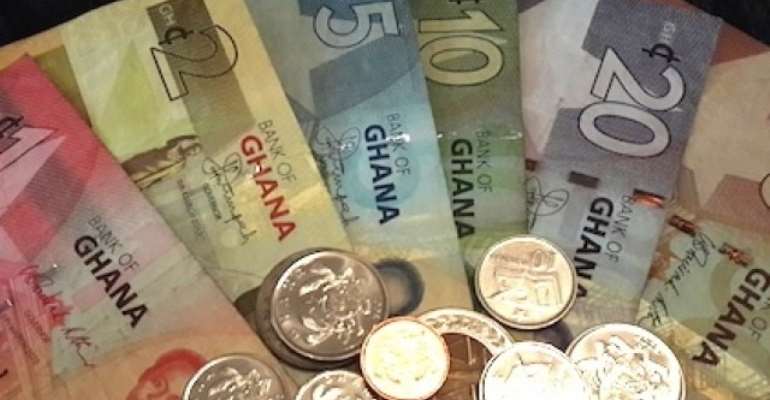 There are some African scholars who have suggested that leaders giving good speeches and calling on people of other nations to come and invest in their countries implies the job is done! I say No!!

We have not started! We need to empower our own people, hire our own and other experts to train our technicians, get people certified and licensed, and even build occupancy-ready industrial parks first!

A video posted on the Ghana Leadership Union (GLU) Forum depicts a woman called Rose in Ashaiman, a suburb of Accra, highly elated and praising President Nana Akufo Addo for giving the working women a loan of 10 million cedis each.

True or not, those who can do small Math in their head will notice quickly that this is not a whole lot of money- it is what is called Ghs 1,000 or the women call “1,000 Ghana”, and that comes to $200. However that is a graduate’s one month pay!

Honestly this is LONG OVERDUE!! Bravo to the President Nana and his Government. To anybody with a business sense, this policy is a more useful economic stimulant initiative than any freebies done in the last 40 years. Investing in the ordinary people is a far more important policy than even giving free SHS! Yes!

Ghana does not even have student loans for those admitted to the professions! What a wicked nation! The good Holy book of the Christians tells is that it is better to show a man how to fish than giving them fish!

No amount of free goodies will build a nation; but helping those with business acumen to build and develop ideas, build Technology projects like Websites, small devices and tools, or to complete their education, and succeed and hire 2, 3 or 4 is where the blessings to nation come in! Instead of dishing out Ghs 700 per month to pay 100,000 University Graduates for three years, half of that money could have been used as Capital for Small Business loans.

CAPITAL WASTE:
One of the greatest demands in Ghana is capital! The number of uncompleted homes and buildings in Ghana is astonishing! People have sunk in billions of dollars in the ground and no decent interest loans to help them complete these building! It is a clear depiction of capital shortage and waste! To any savvy observer Ghana has not started!

Instead of elected officials giving themselves $100,000 vehicles to ride in and take public money as allowances when they attend meetings and travel, on top of their salaries, something considered by many Ghanaians a public theft, why not stop and think for the people for a change! That money can help thousands of small to medium businesses as loans to be paid back! An investment can multiply many times! $1 billion loan invested in housing or loans for 10 years at say 10% interest compounded brings in $13,215,074 per month or total of $1,585,800,843 - $1.586 billion, making a profit of almost $586 million. It is better for Ghana to invest in her own people!

Our simple recommendation: Let every elected and paid Government official buy their own vehicles! Period! Not even in the USA, the richest nation on earth, does this public giveaway or looting take place! For every Toyota Landcruiser or V8 Vehicles buys with the taxpayer money, 500 people can be helped to build their own business! Think about it! In a year to two, these entrepreneurs can each create two or three jobs, a total of 1,000 to 1,500 jobs for each Government V8 vehicle.

Some of us can only give advice. Lets hope the Government officials and initiators of this policy were not only interested in scoring political points! The woman borrower was so full of praises for the President it appears like she may think it is a gift! Let us hope the policy makers are smart enough and explained

- terms of payment of the loans,
- consequences of default, and
- have addresses and ID of these women or general borrowers!

Not to take any credit, but right from our GDRP Manifesto in 1992, the Venture Capital Fund was my idea put in writing, as mentioned and published in many of my articles over the decades. HOWEVER taking half an idea is sometimes worse than not taking any! The loan is NOT a gift! It is from Ghanaian taxpayers’ common funds.

QUESTIONS any wise person will ask are:
- How do you minimize losses and ensure these women or workers will pay the loans back?

- Do we even know their addresses and have their ID numbers that can be traced to them?

Ghanaians, like any humans when not managed, will take advantage of, and many may not want to pay the loans back. I have had experience as the CEO of a small Mortgage Loan Brokerage Company in the US for over 13 years and know a thing or two about borrowers and credit! Even in America, sometimes Banks have to foreclose on houses due to loan defaults! Defaults is part of life as emergencies can occur in life. Our lack of street names and simple house numbering makes it extremely risky to lend money in Ghana!

Despite any risks, Bravo to President Nana and his NPP, but a word to the wise! Let us remember President Kufuor took advice and set up $25 million for the VCF (Venture Capital Fund) but where is the money today? Reports are that all the money was given to a few of the elite class; and they all defaulted!

Planning for default and collections are part of a lending plan and strategy! That is the reason simple street addresses: street names and consecutive logical house numbers, as started by the Mahama Administration, should have been completed! Unfortunately the culture of taking political credit and hence not wanting to continue what one Government started, is a serious disease in Ghana! It is indeed wrong and should be criminal to abandon projects that another Government has sunk capital in, and Nana’s Government is guilty as charged!

Let the Goodwill of our Christian and Moslem faiths guide us to think for nation first when in Government, and not politicians only thinking what will give them glory! President Nana seems sincere, and we hope he will push to have the Ghana Constitution amended as many areas of our lives need review and legal amendments.

The author has 107 publications published on Modern Ghana.