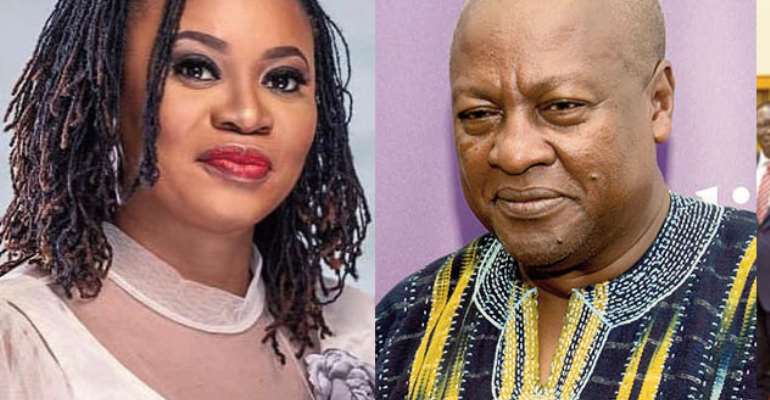 Former President John Dramani Mahama has cast doubts over the integrity of the elections which ousted him from power in 2016 claiming the polls were rigged.

It's the most strident remark he has made about the 7th December 2016 polls in recent times, suggesting that he is still smarting from the anguish of losing power in an election he believed he was going to win hands down come what may.

The elections he lost registered him in the annals of local politics as the first sitting President to lose polls after just a term in office – the cause of his persistent sulking.

He presented his impression about the 2016 polls last week at the Oxford University Said Business School Distinguished Speaker Seminar organized in collaboration with the African Studies Centre and the Oxford Africa Business Alliance.

The presentation was shortly after making the headlines for describing as 'useless' the invitation by the Criminal Investigation Department (CID) to his party's National Chairman, Ofosu-Ampofo, to come and assist in ongoing investigations into the recent spate of kidnappings and arson that have rocked the country.

Besides, he said other things which observers do not find inuring to the integrity of policing in the country.

Mr. Mahama narrated that the rigging process was facilitated through “the use of IT in results transmission and possibility of hacking.”

He noted that this novelty in elections in Africa presents complications which raise fears about the manipulation of election results.

Regarding elections tarnished by this mode of rigging, he was quick to mention his own country Ghana and others like Kenya and Sierra Leone.

By this observation, it is obvious that the former President does not find the election results which removed him from power as credible.

He has stunned many for debasing the integrity of an Electoral Commission (EC) in which he reposed confidence, having appointed the then Chairperson, Charlotte Osei, who enjoyed near-absolute independence from the Executive, as it were.

Delving into the intricacies of what went into the 2016 elections, he said “during the last presidential election in Ghana, the Electoral Commission directed its staff to stop using the electronic result transmission system to communicate results to the tallying centre because the system had been compromised.”

Continuing, he said the results, under the circumstances, had to be tallied manually – a mode which he said led to tensions occasioned by the delay in the release of the final results.

The former President said he was unsure whether the EC had undertaken any probe into what compromised its IT system.

“As I speak, I am not aware that the Electoral Commission has carried out any investigation into what compromised their IT system,” he complained, adding that political parties, as stakeholders, have not been briefed about what really corrupted the IT system of the EC.

The former President said that “Ghanaians, in the interest of transparency, want know what really happened during the last polls before the next elections in 2020.

Since leaving office, he indicated that he has been involved in 'advocacy' programmes towards the consolidation of democracy in Africa.

According to him, these engagements had “gotten him involved in conferences dealing with African democratic and electoral systems.”

He stressed that Africa has come a long way from the days of the steel ballot boxes and district counting centres to the picture of transparency today.

Taking a trip down memory lane, he recalled how in the past the duty of the citizen was to turn out to vote; the rest of the process from counting to declaration of results were done out of sight of the electorate.

“Innovations such as biometric registers, verification machines and allowances for party observers and others have improved the quality of polls on the continent and 'lessened disputes,” he opined.

Bizarrely, the former President was happy to pontificate that transparency of election had improved in Africa.

It is trite to note that in Ghana his NDC party has opposed any special reforms that have been introduced into the country's electoral process to enhance transparency and integrity of the electoral system.

From transparent ballot boxes (1996), pictures on voters identity cards (2000), biometric registration (2012) to releasing collation sheets to parties (2016), the NDC has always vehemently opposed them, and it has taken the intervention of the courts to get these laudable reforms implemented.