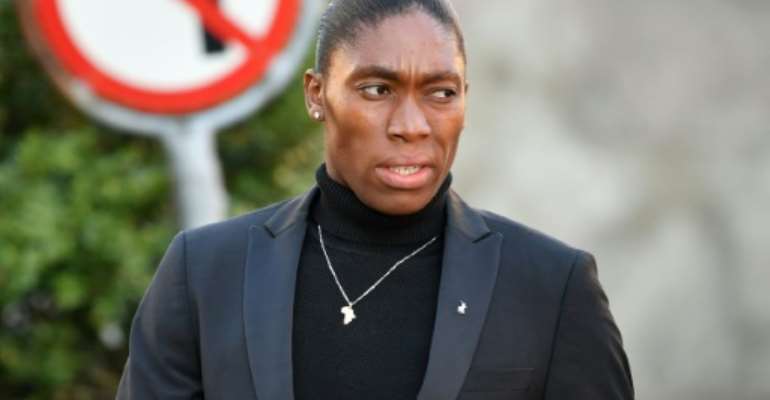 The decision by the Court of Arbitration for Sport means that women with elevated testosterone will have to take suppressive treatment if they wish to compete against women in certain events.

The verdict triggered emotional reactions following a charged legal battle over increasingly complex questions of gender, which are likely have far-reaching consequences for the future of women's sport.

In a 2-1 decision, CAS judges dismissed Semenya's appeal against the measures imposed by the International Association of Athletics Federations (IAAF) that compel "hyperandrogenic" athletes -- or those with "differences of sexual development" (DSD) -- to artificially lower their testosterone levels.

The judges said that although the rules are "discriminatory...such discrimination is a necessary, reasonable and proportionate means of achieving the IAAF's aim of preserving the integrity of female athletics in the Restricted Events."

In a statement issued by her lawyers, double Olympic champion Semenya said that "for a decade the IAAF has tried to slow me down."

"But this has actually made me stronger. The decision of the CAS will not hold me back. I will once again rise above and continue to inspire young women and athletes in South Africa and around the world."

South Africa, which has accused the IAAF of seeking to violate women's bodies, said it was "disappointed" with the judgement.

The IAAF said it was "grateful" for the verdict and that the DSD rules -- first adopted last year but suspended pending the legal battle -- will come into affect on May 8.

The athletics governing body has maintained that the rules are necessary to ensure all female athletes can see "a path to success".

It has stressed that DSD athletes with male levels of testosterone benefit from increased bone and muscle size in a manner similar to men who have gone through puberty.

While the court said there was insufficient evidence to throw out the regulations now, it "expressed some serious concerns as to the future practical application of these DSD Regulations."

The regulations must remain a "living document," which could be continually revised as new information becomes clear, the court said.

Some experts have argued that achieving excellence in sport is a combination of training and commitment as well as genetics, and that barring people from competition over a single genetic factor has no scientific basis.

In a rare intrusion into the world of sport, the United Nations Human Rights Council adopted a resolution in March branding the IAAF rules "unnecessary, humiliating and harmful".

Patel also questioned whether a sports court had the competence to deal with "human rights matters."

The two athletes who finished behind her in the Rio Olympics 800m, Francine Niyonsaba of Burundi and Kenya's Margaret Wambui, have also faced questions about their testosterone levels.

Semenya is weighing an appeal, her statement said. Such a challenge needs to be filed at the Swiss Federal Tribunal within 30 days.

Easing Of Restrictions A Ploy To Pave Way For EC To Carry Ou...
6 minutes ago