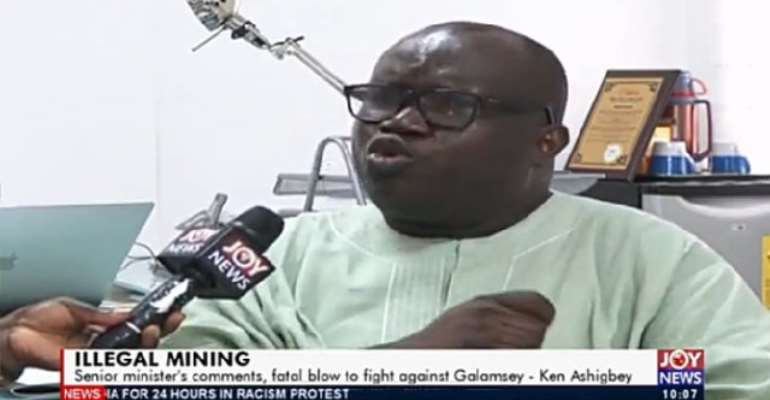 According to Mr Ashigbey that the arrest of Aisha presented the country its biggest opportunity to effectively addressed the galamsey issue.

“Today, the main company that is helping develop the infrastructure system in Ghana is Sinohydro, it is a Chinese Company. It is the one that is going to help process our bauxite and provide about $2 billion to us,” he said.

"So, when there are these kinds of arrangements, there are other things behind the scenes. Putting that lady [Aisha] in jail in Ghana is not going to solve your economic problems,” the Senior Minister Yaw Osafo-Maafo noted.

But Ken Ashigbey, the leaders of the Media Coalition Against Illegal Mining says Government must take the necessary steps to correct the negative impression and further redeem Ghana's image which is being subjected to ridicule locally and internationally

“Messaging is so important. The message that comes from what the Senior Minister has said is a fatal blow to the fight against galamsey. It is very demotivating to everyone who is involved in this.

“I think there should be a correction of it from the minister of information right down to the president, something needs to be done about it.

According to him, the discontinuation of prosecution of Aisha Huang is a fatal blow to illegal mining.

Mr Ashigbey stressed that the damage caused to the nation’s natural resources through the activities of galamseyers is far more than the two billion dollars which the Chinese may be giving the country in loans.

He added that “It is important to realize that as a country our today and our future is more important than the broth that we get today.”

According to Mr Ashigbey, the arrest of Aisha presented the country its biggest opportunity to effectively addressed the galamsey issue.