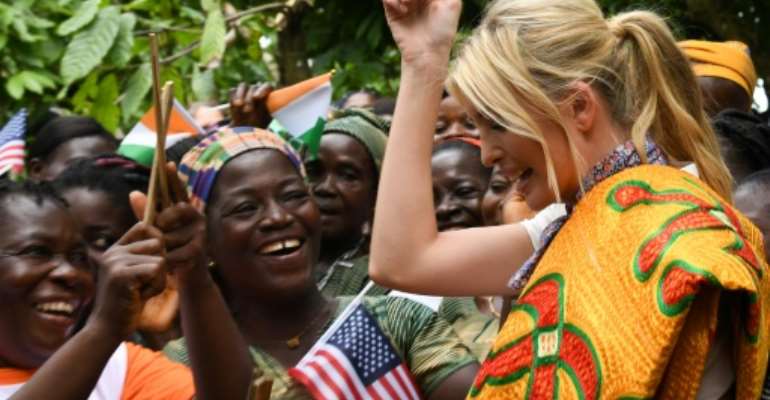 Trump visited a cocoa plantation in Adzope, north of Abidjan, before taking part in the first West African summit on female entrepreneurship in the country's economic capital.

Ivory Coast is the world's leading producer of cocoa.

"When you empower women, they uplift their families, their communities, and the whole country prospers," Trump said.

The aid was meant to "catalyse private sector investment" in the sector, according to a statement released by the US embassy in Abidjan.

She was welcomed by women cocoa farmers, and joined briefly in dancing with them.

The aid is to be managed by USAID's Women's Global Development and Prosperity (W-GDP) Initiative and the World Cocoa Foundation.

The W-GDP's goal is to allow 50 million women to achieve economic autonomy by 2025, and Trump had come to Ivory Coastafter pitching the initiative in Ethiopia.