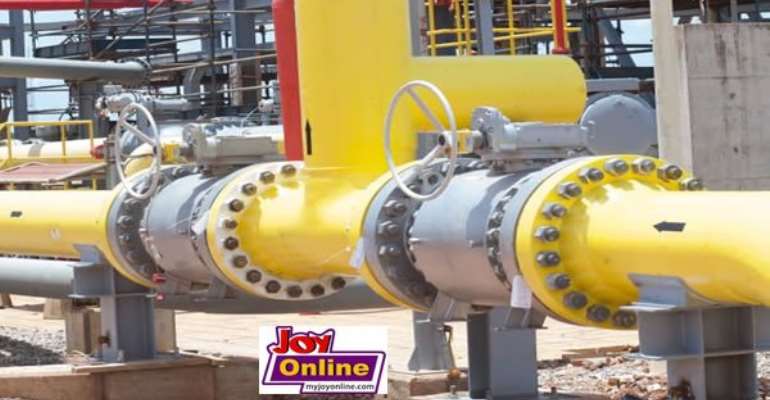 Ghana National Gas Company (GNGC) has announced the supply of adequate gas to the Volta River Authority (VRA) to curb the current power outages in Country.

This is as because the tie-in of its 11-km gas pipeline from Atuabo to the West African Gas Pipeline at the Aboadze power enclave in the Shama districts in the Western region is almost complete.

Head of communication at Ghana Gas, Ernest Owusu-Bempeh made this known during a News conference in Takoradi to brief the media of the activities of Ghana Gas in connection with the recent power outages in the country.

He said the tie-in was about 95 percent complete and they started supplying VRA with 130 million standard cubic feet of gas which can generate about 680 megawatts of power daily for the country.

Mr O wusu -Bempah stated that Ghana Gas had the capacity to produce 405 million standard cubic feet of gas daily stressing, that the gas was currently being supplied based on demand.

“We have enough gas to supply if VRA wants more gas we are ready to supply them with gas.”

He explained that it was a major shot down by the company which resulted in the power outages, but noted that with the completion of the tie- in and with the flow of more gas to VRA, the power outages would not happen again.

The Head of Communications hinted that Ghana Gas also completed the ENI-Sankofa tie-in and would produce abundant gas of 350 cubic feet for transmission to the Eastern enclave, which would provide gas to the bauxite mining site.

He said the company was also ready to provide gas for the execution of the various one District, one Factory Initiative, adding, “the interconnection pipelines have taken place and we are ready to push gas to any part of the country to produce electricity for the IDIF.

Touching on the achievements of Ghana Gas, Mr Owusu Bempah lauded the indigenisation of the company which he noted turned around the fortunes of the company, stating that soon the company would declare a dividend of GHC20 million to the government.

He commended the management of the company for the rapid indigenisation programme, stressing that in some countries it took about 25 years to fully indigenise, but that Ghana used only three years.

He said with prudent management, the company was able to build its own office complex in Accra and employed about 600 people.

Senior Manager Communication Relations and CSR, Joseph Ewoniah pointed out that Ghana Gas was committed to making the communities in which they operated comfortable and safe as the requisite compensation was paid to individuals and communities affected by the relocation of the Karpowership from Tema to the Naval Base in Takoradi.

He said full compensation was paid to 26 people whose crops were destroyed in the process and the first phase of compensation on the 47.8 acres of land was done, while the second phase would be paid before the end of April this year.